While Walt Disney never meant for DISNEYLAND to become a stagnant, non-profit enterprise, he carefully made sure that any change or new enterprise was something that added to the park’s ambience and storyline. Profit was never the sole motivating factor. When DISNEYLAND, Inc. executives pressured Mr. Disney to add a roller coaster, he resisted until he could do it his way. 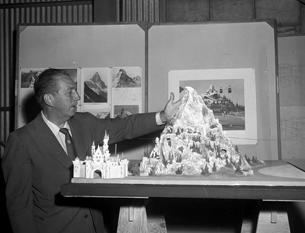 Those who took over as caretakers of his Magic Kingdom, however, have not been as careful about carefully balancing Walt’s eye for artistry with the bottom line. That’s why nowadays, shortsighted decisions are made without regard for story or theming. When that happens, we get cynical tie-ins like Guardians of the Galaxy: Mission Breakout! 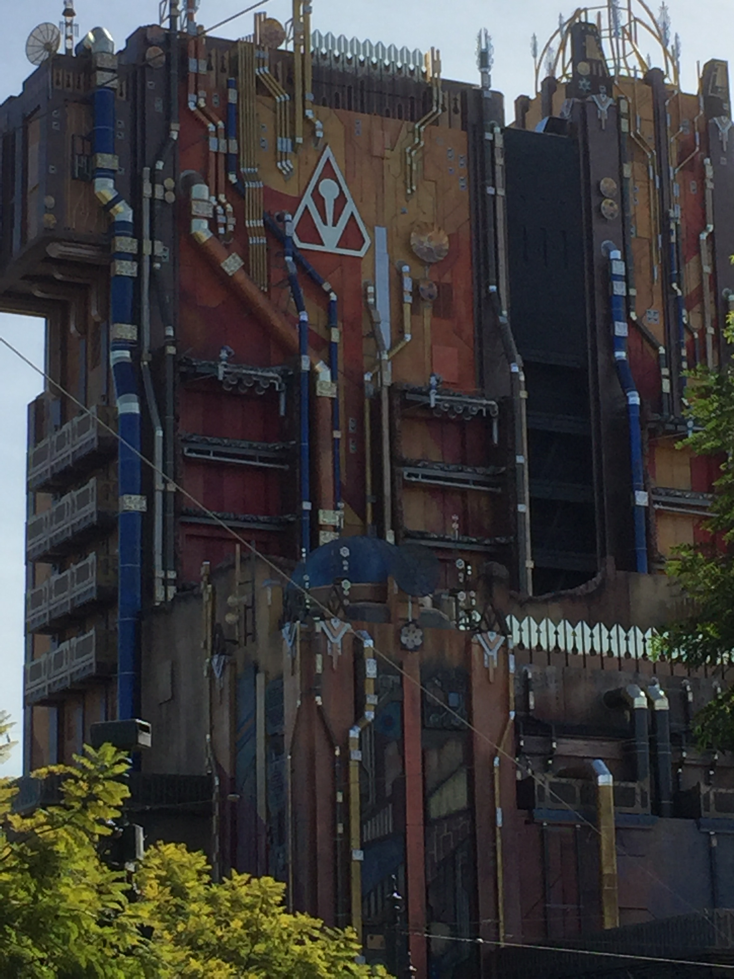 Instead of waiting until they could “do it right”, like the park had done so many times in the past, Disney management chose to destroy an existing attraction that had been carefully themed and situated in the park. The Twilight Zone: Tower of Terror was one of the most popular attractions in Disney California Adventure. It fit the theme of the area around it and was carefully located where it was built because that was officially 1313 Harbor Blvd.-  an appropriate address for a haunted hotel. 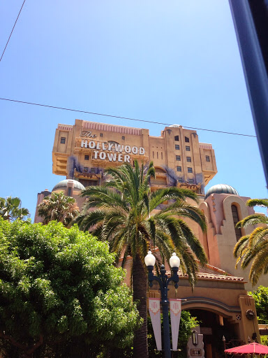 However, Wall Street had noticed that Disney hadn’t yet taken advantage of its valuable Marvel properties in the parks. Even worse, corporate accountants noticed that Disney Theme parks weren’t moving as much Marvel merchandise as they felt should have been sold. Rather than come up with a creative way to put more Marvel characters in the park, the company took a popular and unbroken attraction and ruined it just to show Wall Street that it was using Marvel characters and selling Marvel merchandise in the parks.
There were better locations where Marvel characters could have fit in; in fact, Tomorrowland in DISNEYLAND is due for another makeover, but that would have taken time and more money. Instead, the company chose to do what lesser theme parks like Six Flags would have done, just to shoehorn another company property into the parks. With the rumored acquisition of 20th Century Fox by Disney, we can only hope that they use their new properties in a thoughtful manner instead of shoving them into places where they do not belong.
Posted by Ralph at 12:52 PM