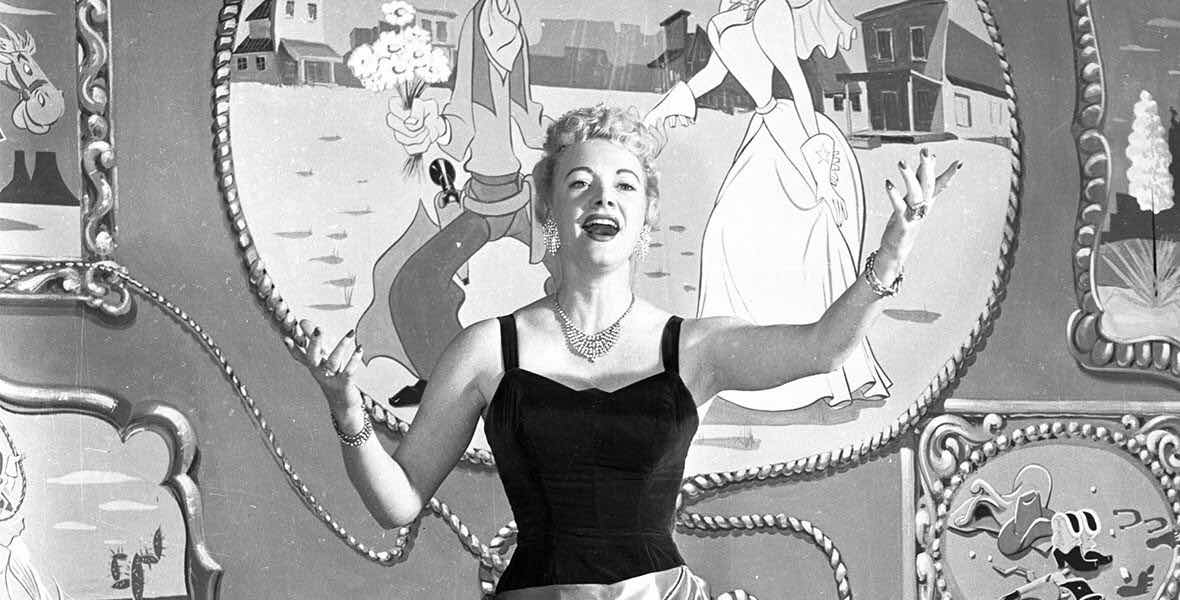 When Walt Disney sat down to plan out his Magic Kingdom, he wanted to include live entertainment that was of the highest quality. DISNEYLAND’s proximity to Hollywood meant that Mr. Disney could choose from the greatest performers in the world. He originally planned to have a weekly live show broadcast from the DISNEYLAND Opera House on Main Street, U.S.A. and hosted by the legendary comedian Wally Boag. With ABC uninterested in a live show and the park having to deal with skyrocketing construction costs, that plan was shelved and Wally was enlisted to perform at the Golden Horseshoe in Frontierland. There he would be paired with the legendary Betty Taylor. 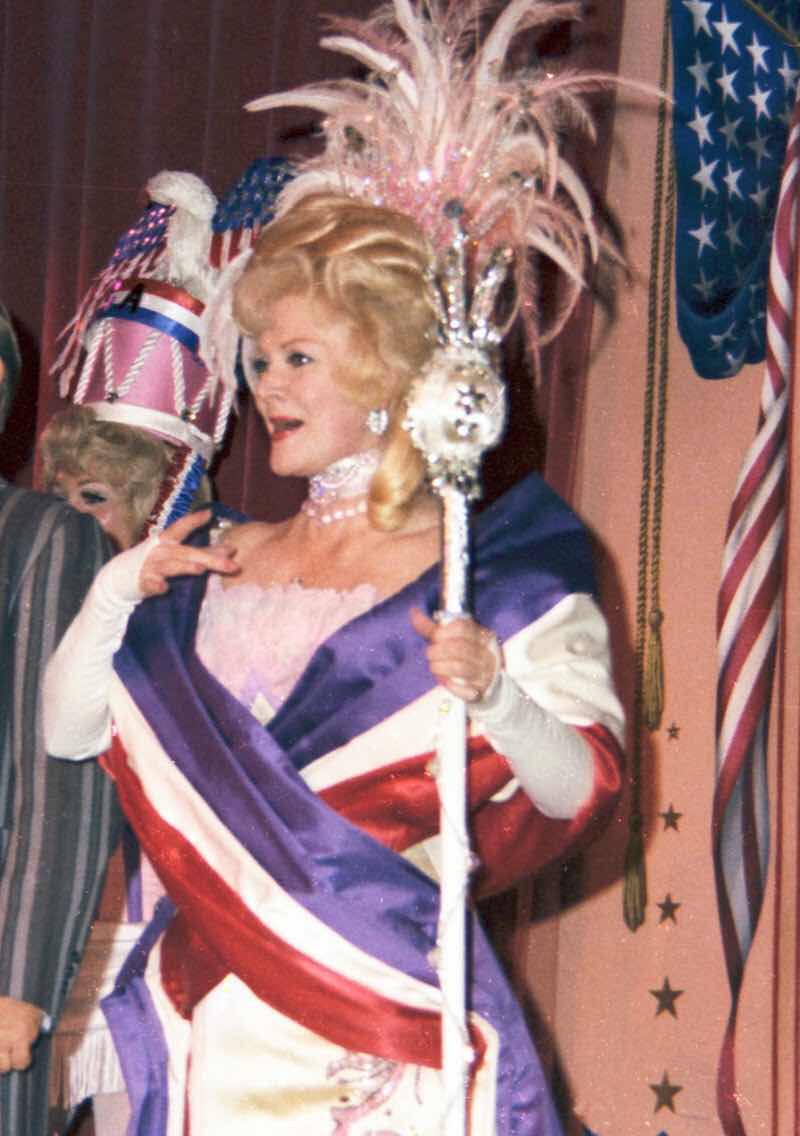 Ms. Taylor was a seasoned Hollywood professional who was originally hired on a short term contract. Eventually she would impress Walt Disney enough that he would extend her a permanent position. Betty Taylor would become “Slue Foot Sue” to generations of DISNEYLAND guests. As the glamorous hostess and “owner” of the Golden Horseshoe, Betty entertained millions over her thirty year career at the park.