The Fall of Fox and the Rise of Century City

Like Universal and MGM, 20th Century-Fox had a massive backlot in Hollywood’s golden age. The envy of other studios, these backlots were virtual cities that featured their own full service fire departments and security forces. In fact, MGM’s security office was often believed to be more powerful than the LAPD. 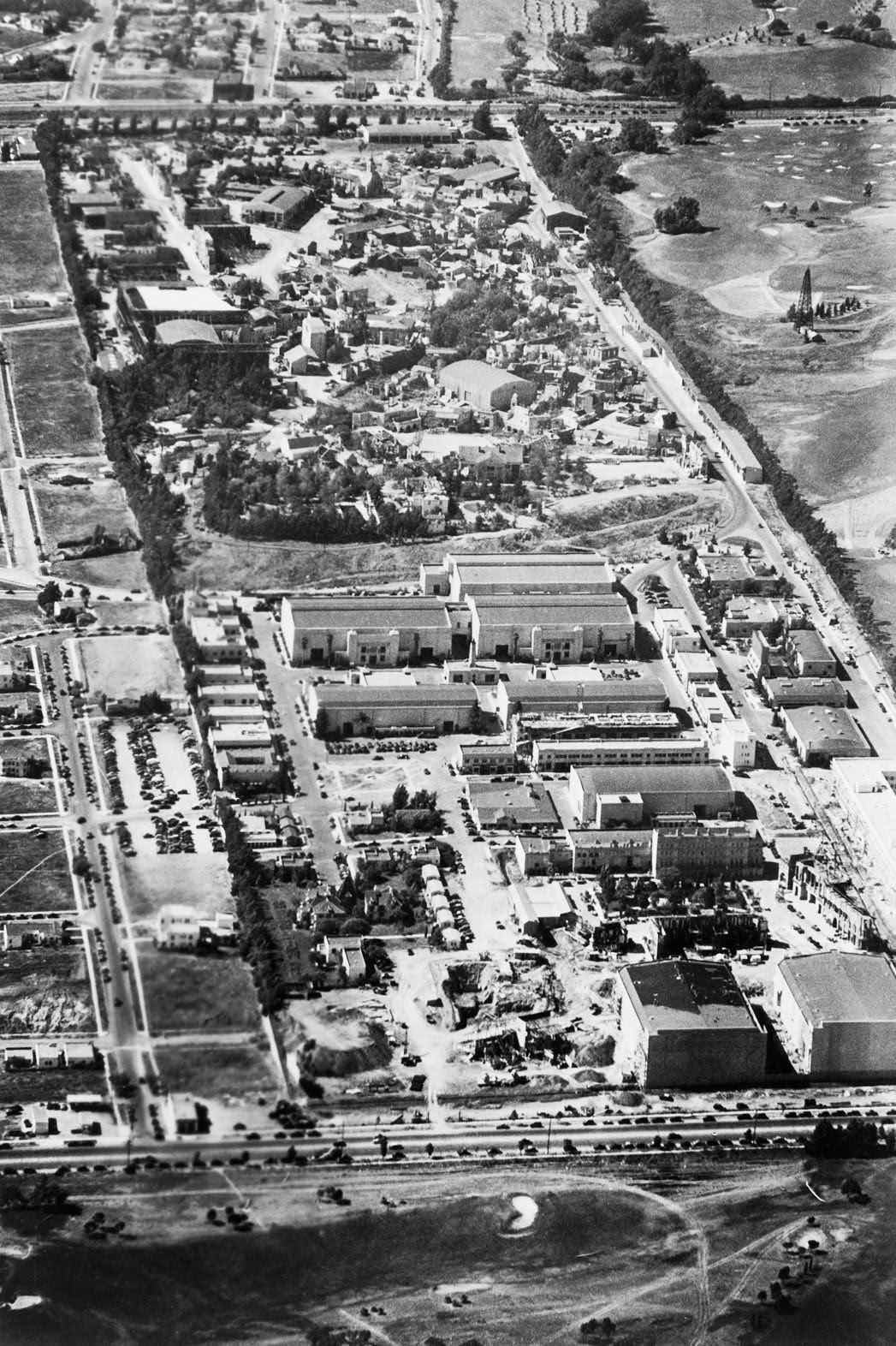 While it was not as big as MGM’s famed studio, 20th Century-Fox’s lot was still quite large, featuring its own man made lake, full backlot and acres of soundstages. When Walt Disney Productions began making live action pictures, it relied heavily on spaces rented from other studios. It had one of the smallest lots in Hollywood because it had mostly produced animated films prior to the 1940’s. When it made 20,000 Leagues Under the Sea it needed to rent a much larger facility for the production. The 20th Century lot fit the bill; after all, they had their own manmade lake. 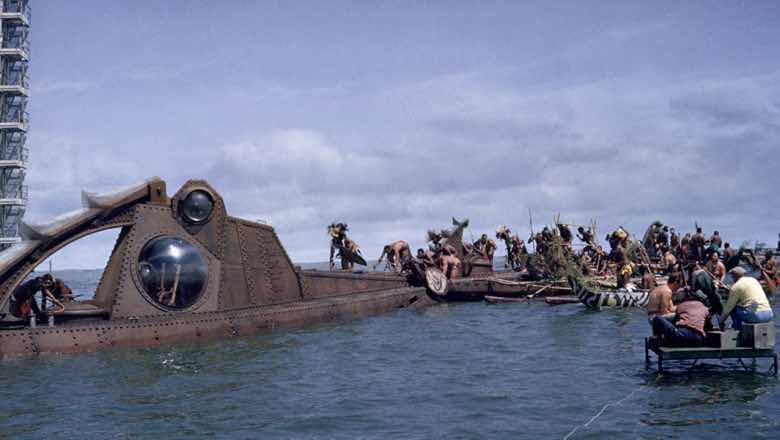 20th Century’s massive backlot was no match for “Hurricane Taylor,” however. In the late 1950’s, eager to make an epic picture that would draw viewers away from their television sets, 20th Century-Fox put an adaptation of Cleopatra into production. Filming began in England with mega-star Elizabeth Taylor starring as Cleopatra. Unfortunately for the studio, Ms. Taylor fell ill and production shutdown. When it became clear that the delicate actress would need a long convalescence, Fox had to shut everything down. The elaborate sets were destroyed and what was originally supposed to be a $2,000,000 production had ballooned into a $7,000,000 debacle with only ten minutes of usable footage. 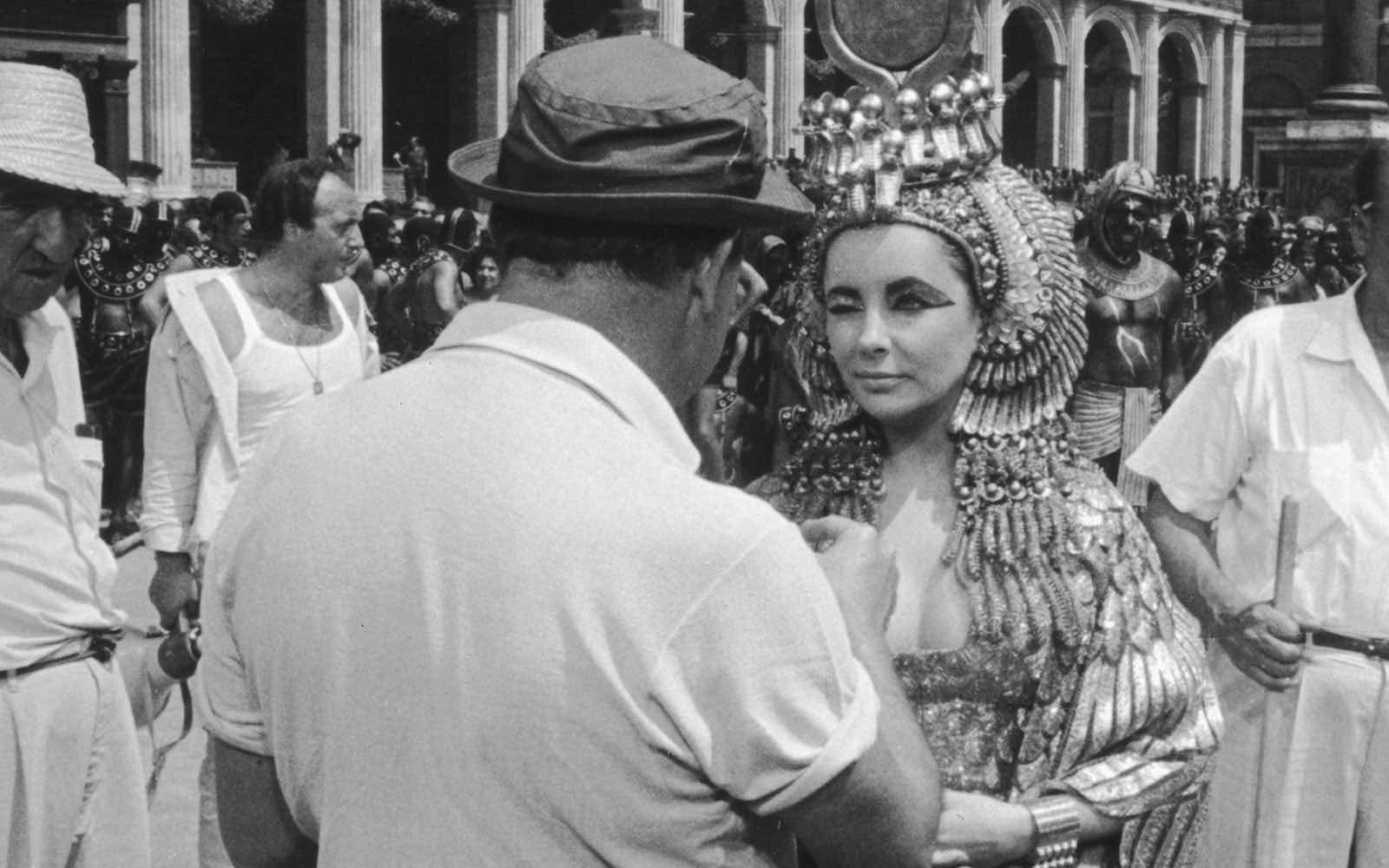 Rather than cut its losses, 20th Century pushed forward. By the time Ms. Taylor was ready to return, the studio space in England was unavailable. The production moved to Italy where the elaborate sets were rebuilt at a staggering cost. 20th Century also had to placate its temperamental star who insisted that Chasen’s famous chili be flown in daily from Southern California at a staggering expense. Security had to be tightened on set as well due to Ms. Taylor’s unpopularity in Italy. Catholic Church leaders declared her an adulteress who should not have been allowed into the country. After all was said and done, 20th Century-Fox was stuck with a then staggering production bill of almost $40,000,000. That’s $350,000,000 in today’s dollars. 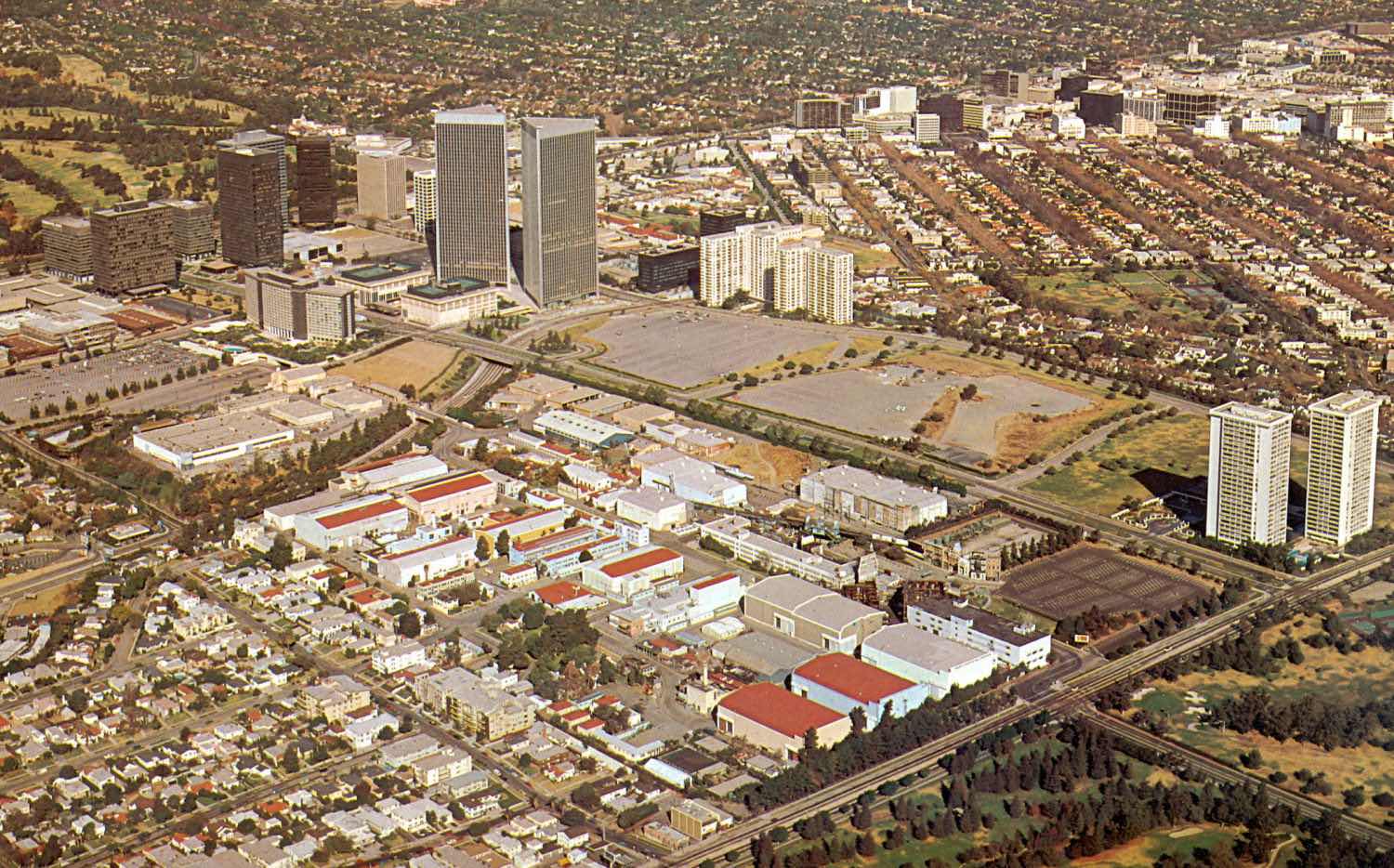 Faced with near collapse, the company had to find a way to raise quick cash. It decided to take advantage of the booming Southern California real estate market and sold off most of its acreage to real estate developers, leaving behind a studio lot that was but a shadow of its former self.

Posted by Webmaster at 5:05 AM

The Florida Project Returns Next Friday!