The Florida Project: A Race Against Time

In the mid-1960’s, Walt Disney Productions was extremely busy. As the 1964 World’s Fair wrapped up, the Disney attractions located there were disassembled and made their way west to DISNEYLAND. DISNEYLAND had various projects either actively under construction or in the planning stages, including Pirates of the Caribbean, the Haunted Mansion, New Tomorrowland and a potential new theme park- California Living. The Happiest Millionaire, The Jungle Book, The Aristocats and The Love Bug were in various stages of production and in the midst of all this, Walt Disney took on the massive Florida Project. 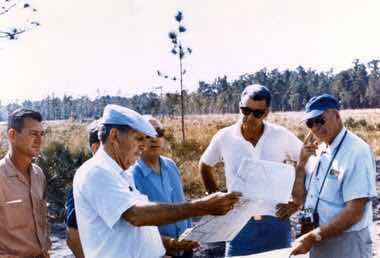 Walt Disney’s only known visit to the swamps of
Orlando
Once the project had been announced, Walt Disney took to the airwaves to announce it to the world. Everyone was interested in what was being called “Disneyland East” at the time, but Walt’s mentions of EPCOT mainly drew blank stares. Was that a theme park? No, it wasn’t (at least not at the time.) How much money would it cost to visit? As an actual city, it would mostly be free. Even members of his own staff didn’t fully understand what EPCOT would be. Walt Disney wasn’t too concerned, however. He had heard the same types of questions when he’d announced DISNEYLAND. He was sure that by the time the doors had opened in Florida that people would know exactly what to expect. 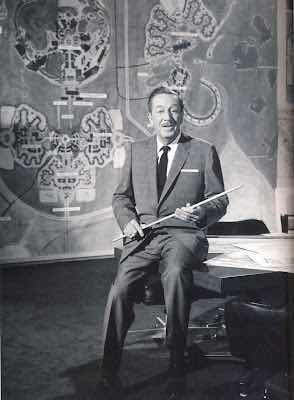 By 1966, Walt Disney’s Imagineers had figured out exactly what Walt Disney wanted at EPCOT and were busily researching the latest ideas for mass transit and urban futurism. EPCOT would feature sleek monorails, mass transit systems, green energy, futuristic designs and technological advances. A model was built to illustrate what EPCOT could look like and was being readied for display at the under construction Carousel of Progress in DISNEYLAND. 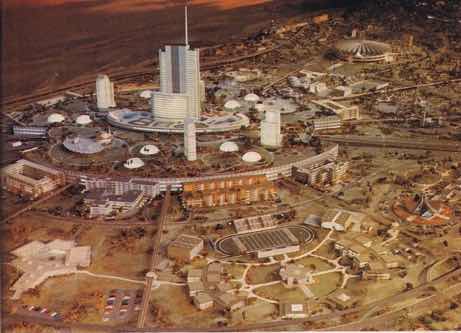 While the Imagineers were fully onboard with the project, Roy Disney was not. He loved the idea of another theme park and its associated hotels, but still questioned the viability of a real life experimental city. As his brother concentrated on EPCOT, Roy was concentrating on convincing his brother that EPCOT was a bad idea. Walt Disney, on the other hand, was beginning to feel that time was running out. 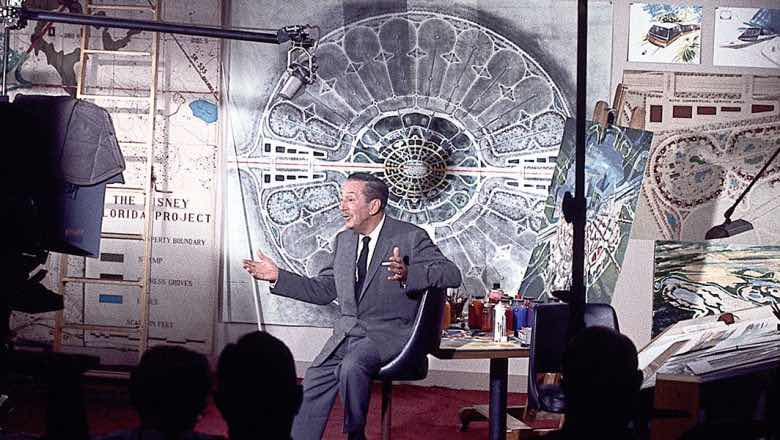 In mid 1966, Walt Disney’s health began to deteriorate and he was diagnosed with lung cancer. While others would have seen this as a time to slow down, Walt Disney felt the pressure to step things up.