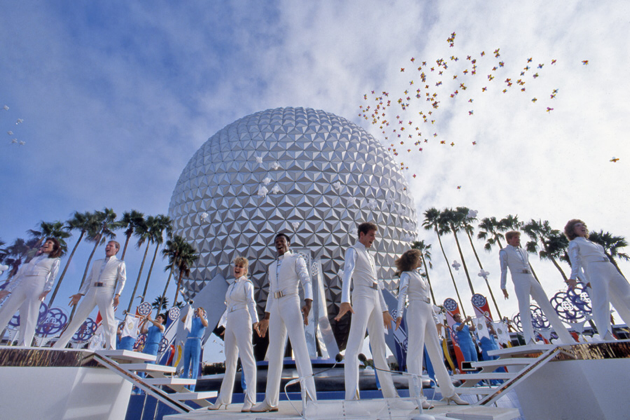 Who designed EPCOT?
The answer is A. Walt Disney's original ideas for EPCOT were completely canceled by his brother Roy after Walt passed away. Years later, when the company was planning out ideas for new theme parks, the Disney Imagineers had two of them- Future World and World Showcase. Disney CEO Card Walker became aware of the biggest complaint received at Florida's Disney World- that guests wanted to visit the EPCOT place they remembered Walt talking about on television. Mr. Walker ordered the team to stop what they were doing and come up with a theme park that could be called EPCOT. The team struggled to find something that could fit the bill. An impatient Card Walker went into Imagineering's model room and stared at the models for Future World and World Showcase. He pushed them together and decreed that the committee's existing ideas would be combined to become EPCOT Center.
Posted by Ralph at 6:00 PM