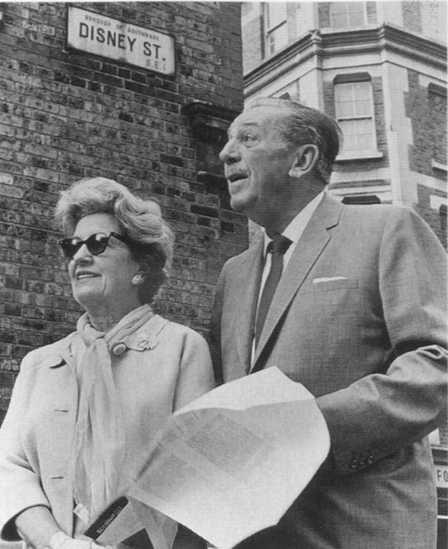 In the 1960's, Walt Disney discovered that London had a "Disney Street", which had not actually been named after him. He still decided to hunt the road down while in London. 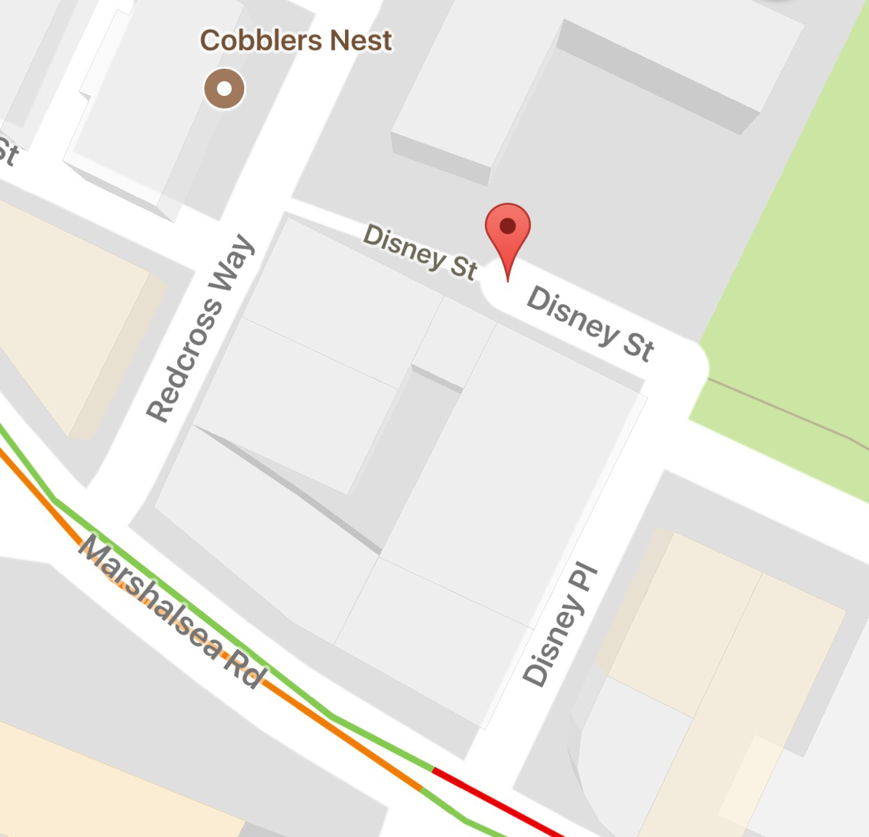 He located the street and took a picture with his wife in front of the street sign. Mrs. Disney, however, was unimpressed. After all, the street's previous name was "Dunghill Road". 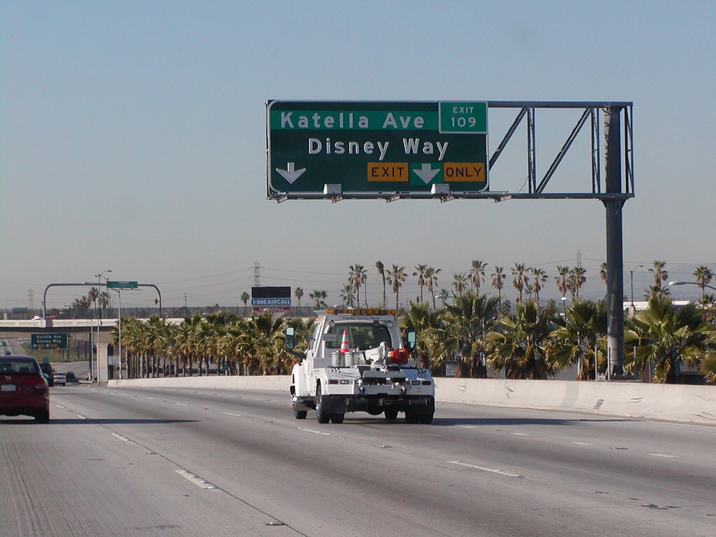 Walt would eventually get a street named after him in Anaheim. The street used to lead right to DISNEYLAND's main parking lot entrance. In the future, it will lead to DISNEYLAND's new east side parkade.
Posted by Ralph at 7:48 AM