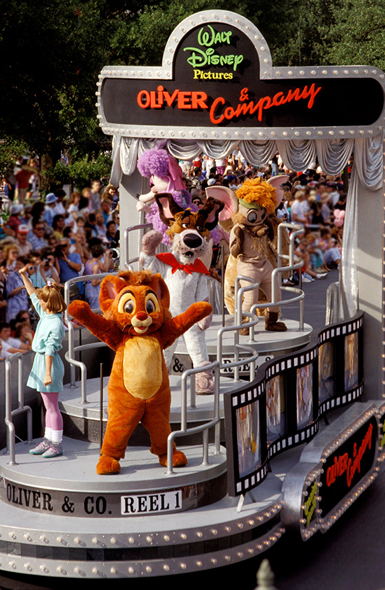 Full costumes were created for Oliver and his friends- Georgette, Tito, Rodger and Rita. Right before Mickey’s Birthday parade, the characters would step out on their own float and dance along to the film’s main song- Why Should I Worry? which ran twice daily. The characters would later slip out into the park to meet and greet their fans. While the movie was modestly successful, it would be outshined by the Disney film released the very next year- The Little Mermaid. While Ariel would get a full-fledged ride of her own in Disney California Adventure, Oliver and friends would be rarely seen in the parks afterwards. In Tokyo, however, Oliver would get resurrected as a very popular meet and greet character.
Posted by Ralph at 7:32 AM