The Happiest Millionaire was a musical that Walt Disney had hoped would repeat his past success with Mary Poppins. Based on a book and featuring a musical score written by the Sherman Brothers, the studio had high hopes for the film. 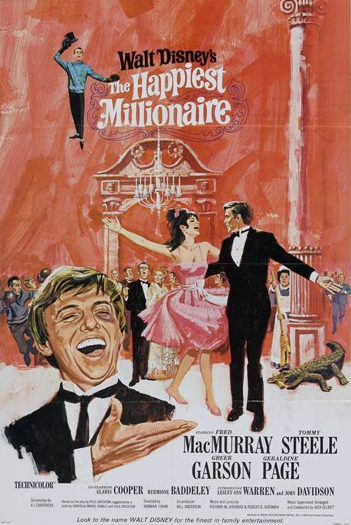 The film, with none of the fantasy elements that charmed Mary Poppins audiences, underperformed at the box office and isn’t as well known as other Disney films. In fact, it was one of the movies that Disney licensed to an outside video company for a home release. Eventually the company would re-embrace the film. The film should hold a special place in the hearts of  Disney fans; it was the last film produced by Walt Disney himself. 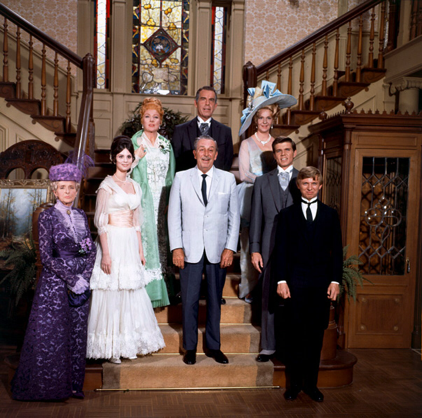 Walt Disney, pictured above with the film’s cast, would not live to see the picture released. While not a major success, the film would launch the career of Lesley Ann Warren, who holds a special fondness for Mr. Disney even today. Look closely at the picture above; the phone booth pictured on the right side of the picture was relocated to DISNEYLAND, though it is not visible to the majority of park guests; it is located inside the exclusive Club 33.
Posted by Ralph at 7:52 AM