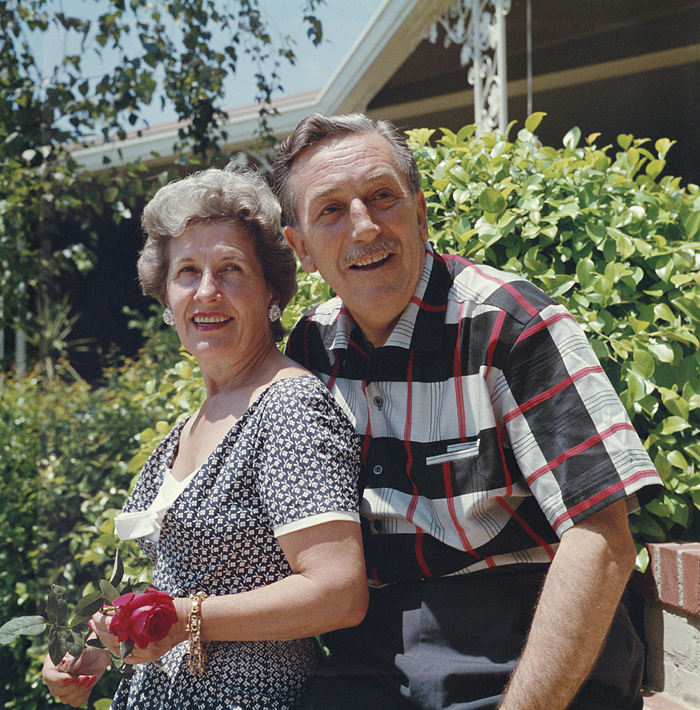 Walt and Lillian Disney had a special relationship. She chose to keep the home fires burning while he chased his latest and greatest dream. While she often had misgivings about some of his riskier projects, she would be his biggest supporter through it all. That doesn’t mean that she tolerated all of his eccentricities or the baggage that came from his Hollywood career. She required that he leave his stress at the office and shunned most of the trappings of Hollywood life.
One particular annoyance of hers were the raggedy hats he used to wear. In fact, she once tried to get rid of a particularly raggedy one by throwing it into a ring after they attended a bullfight on vacation. Walt thought fast and snagged it before it was lost forever.
Lillian had nearly forgotten about the hat by the next Valentine’s Day when she was presented with a beautiful bouquet of flowers with a very unique vase. Walt had the hat bronzed, its brim formed into a heart. A very special gift indeed. 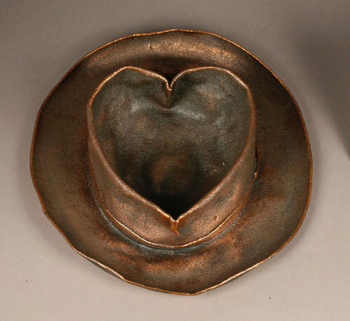