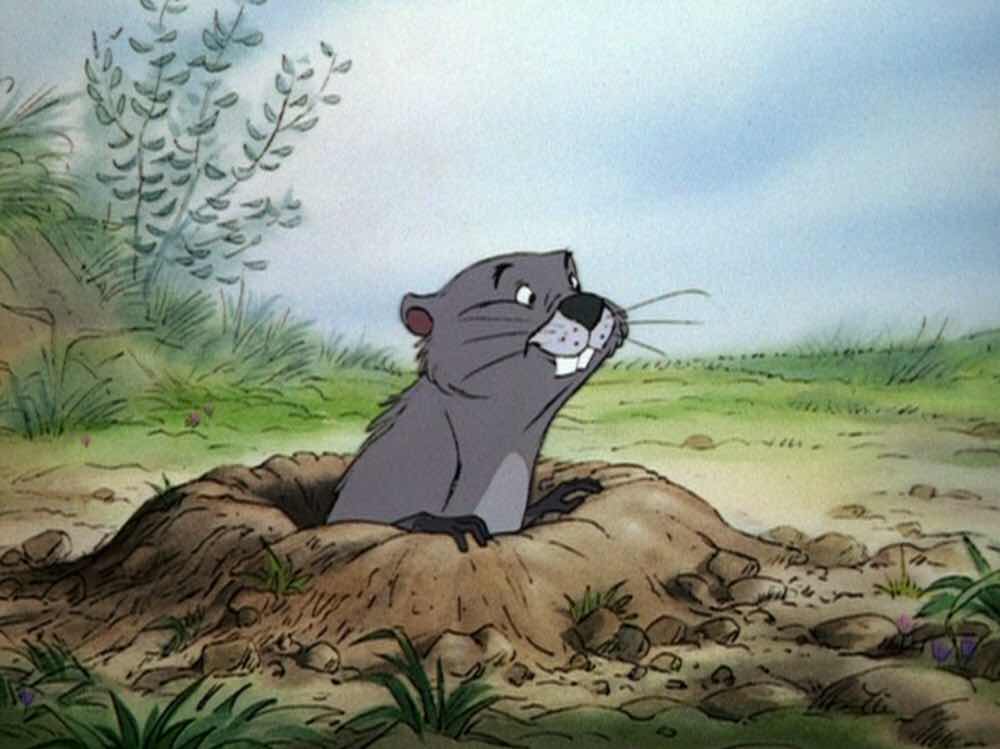 The gopher from The Many Adventures of Winnie the Pooh was not actually in AA Milne’s original books. He was added by Walt Disney as a possible replacement for Piglet when the company was considering not using Piglet in the films. At some point, the decision was made to keep Piglet AND Gopher, whose first joke was written by Walt Disney himself- “I’m not in the book, you know!” Referring to both the fact that he was not in AA Milne’s book and also not in the phone book.