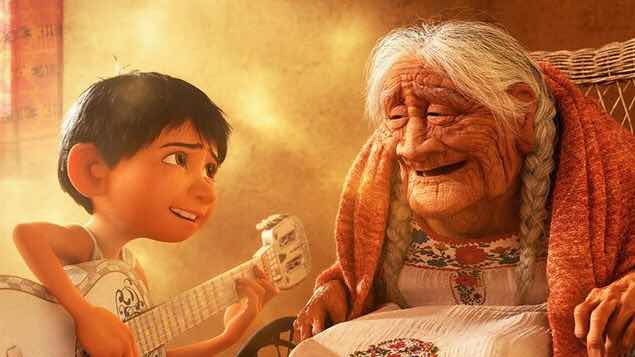 For the conclusion of “Sad Disney” week, we present the saddest scene of all. When Miguel sings to his great grandmother Coco to try to get her to remember something important, there wasn’t a dry eye in the house. The scene was worth millions to Disney. China normally doesn’t allow films portraying the afterlife, as Coco does quite extensively earlier in the film. The scene with Mama Coco brought tears to the eyes of the Chinese censors who overwhelmingly approved the film for release. The movie made more money in China than all of the previous Disney-Pixar films combined. And brought tears to the eyes of millions.
Posted by Ralph at 9:00 AM