When Disney established Touchstone Television, (Now called ABC Studios) it wanted to make more adult television shows without having to use the Disney name.

Since it was "make or break" time for a company barely getting back on its feet after the huge expense of building EPCOT Center nearly brought it down, the first show needed to be a success to prove that the company could produce hits. The first show not only met that goal, it succeeded beyond anyone's wildest dreams.

The Golden Girls was an instant hit, bringing generations together to laugh at these funny ladies who quickly became America's grandmothers. Despite some racy content, the show appealed to all ages and was an amazingly huge success becoming a worldwide phenomenon. The world loved Touchstone's Girls.

All four ladies were named Disney Legends in 2009. (Only Betty White was able to attend the ceremony.) The show not only became a legend unto itself, but it also helped save The Walt Disney Company. 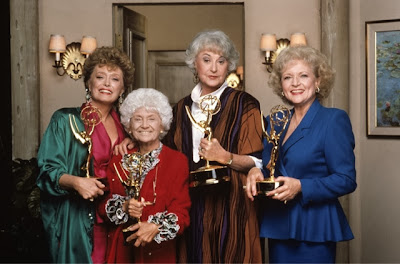