Jack Wrather and the DISNEYLAND Hotel

Walt Disney's friend Jack Wrather was one of the few persons outside of Walt Disney Productions who believed in DISNEYLAND, so he took the risk of investing heavily in building the DISNEYLAND Hotel. It was his greatest business success and as the Hotel grew he named many things after family members. Maizie's Pantry was named after his mother. Granville's Steakhouse was named after his wife's family and the Bonita Tower was named after his wife.
Today, Granville's Steakhouse is now called Steakhouse 55, the Bonita Tower is now called the Frontier Tower and the building that housed Maizie's Pantry no longer exists. 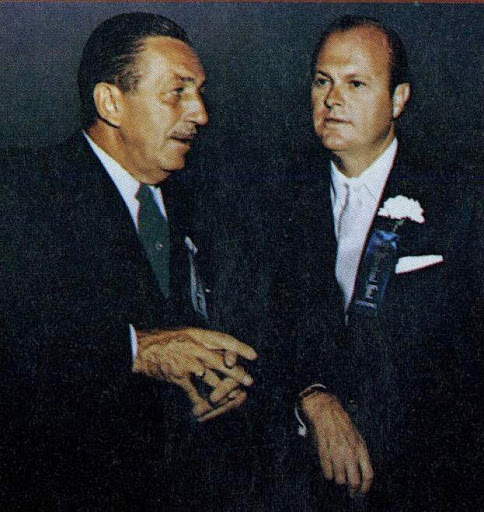