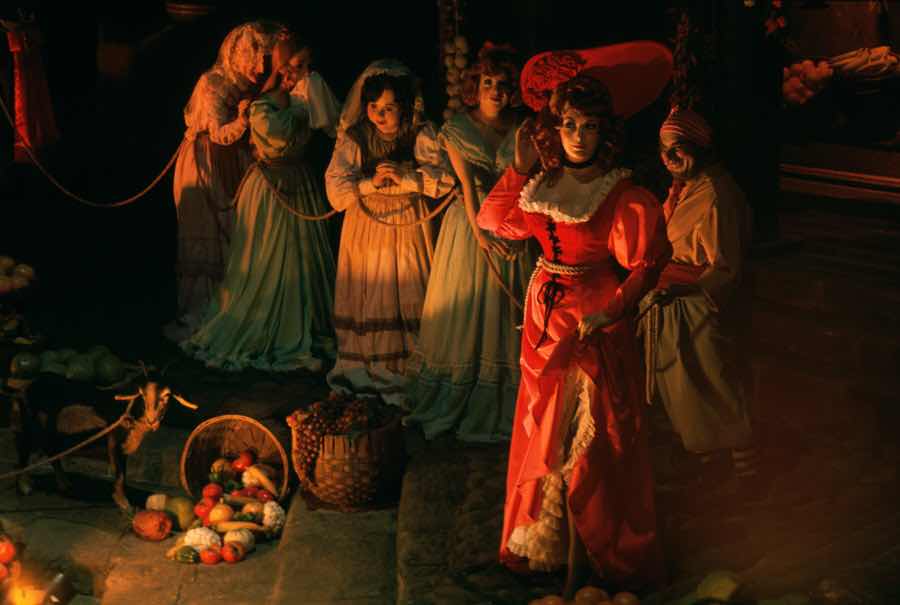 For decades, the loveliest lass in all of Pirates of the Caribbean was the redhead, who attracted the attention of all the pirates attending the wench auction. With the current social climate, the scene was no longer deemed appropriate for a theme park and the saucy redhead became a piratess herself. 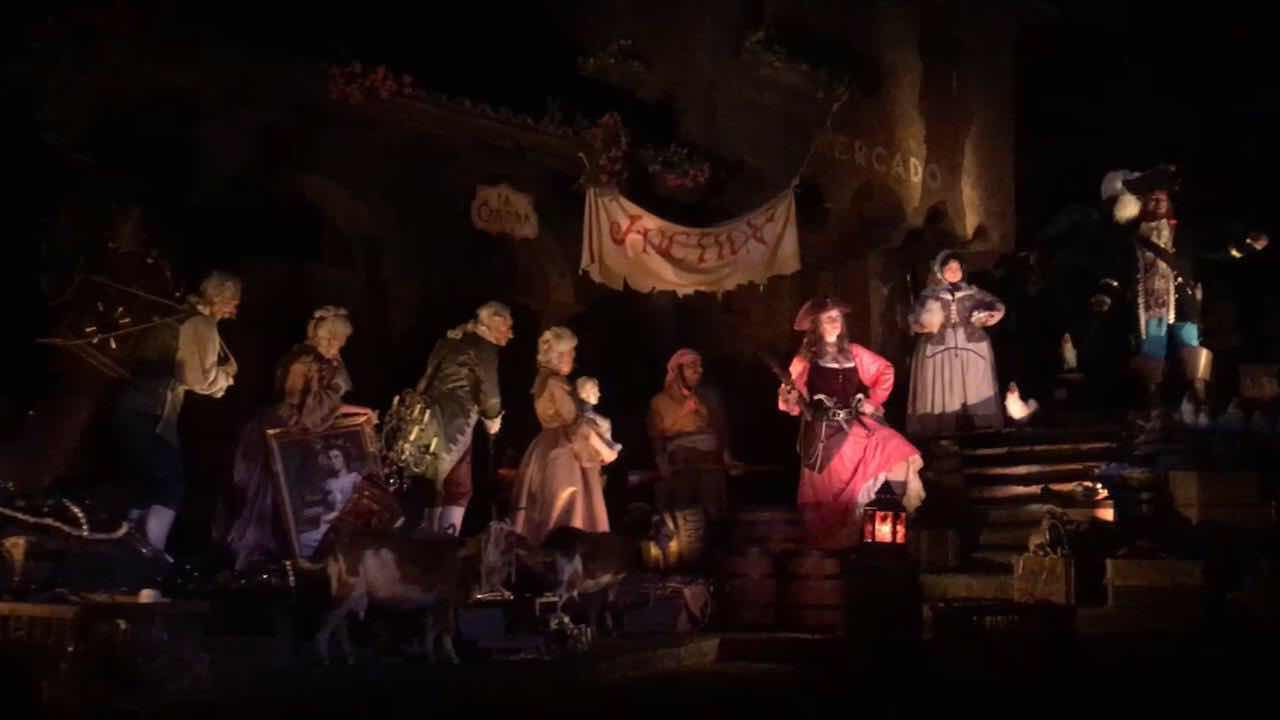 Revisionist history? Hardly. The storyline for the attraction always featured a pirate’s life for the redhead- you just had to know where to look. In the beginning of the ride in DISNEYLAND, the haunted bar frequented by the skeleton crew has always had an interesting painting behind the bar- a close look at the painting shows a familiar sight- the redhead! 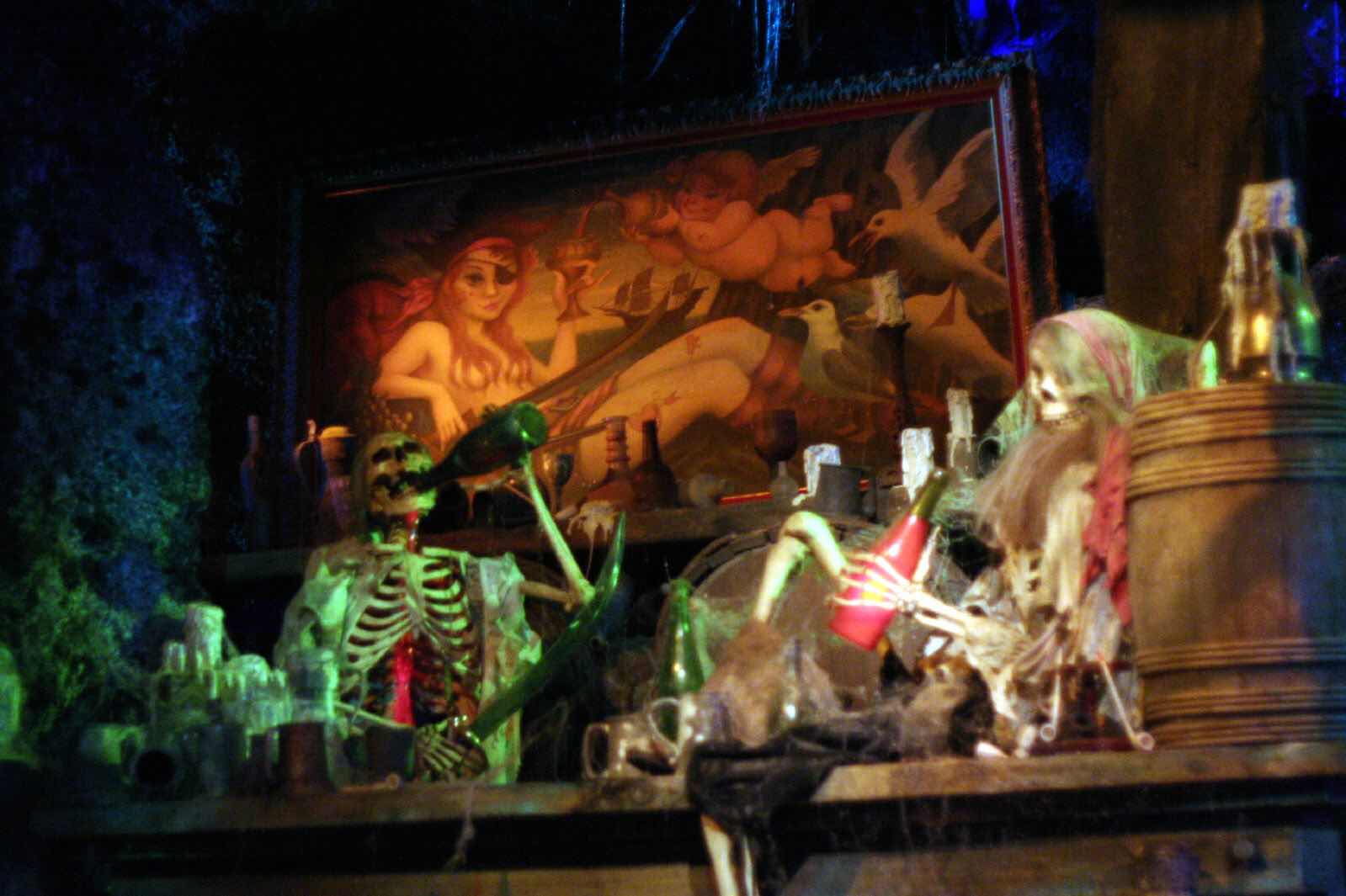 Yes, the same redhead from the later scene became a lady pirate- her fate revealed before we see her at the wench auction. The painting was even called “A Sign of Things to Come”. The backstory of the redhead was that she escaped the clutches of the pirates and became a pirate herself. When the attraction was shoehorned into Florida’s Magic Kingdom Park, this scene was not included in the ride.