When DISNEYLAND first opened, it was surrounded by orange groves. It would take time for the business world to see that there was a lot of money to be made in Anaheim. In order to fill the void in shopping options around the Magic Kingdom, the DISNEYLAND Hotel built its own shopping plaza, which originally featured a wide array of merchandise. 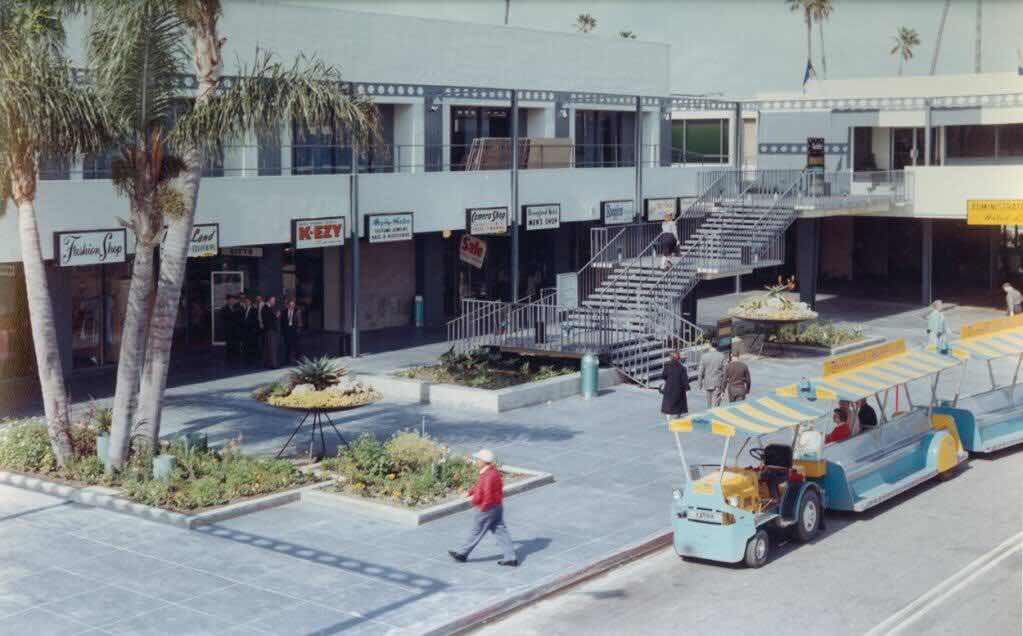 Guests could buy California fashions, the latest cameras and electronics and yes, even Disney merchandise. A barber shop, salon, car rental shop and airline ticketing station rounded out the options at the hotel’s travel port. 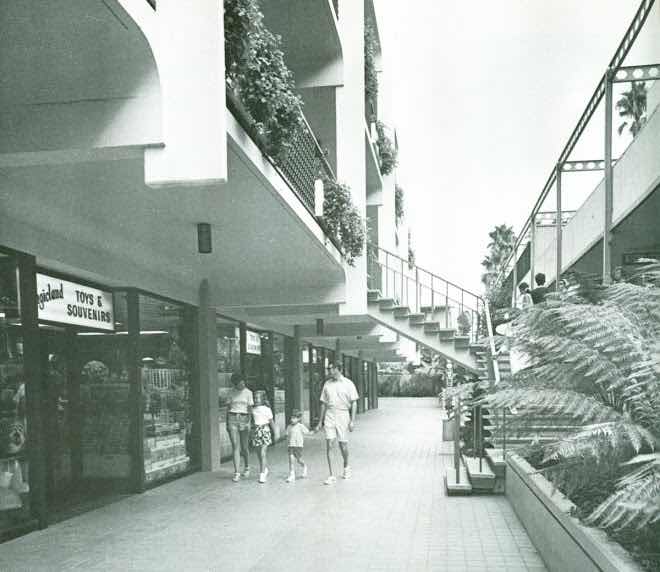 The hotel would further expand its offerings, adding the DISNEYLAND Hotel Plaza, an additional complex filled with shops and a spa. By this time the area surrounding the park had finally filled in. The additional facilities were designed more as a way to keep guests on the property versus providing services that the area lacked. 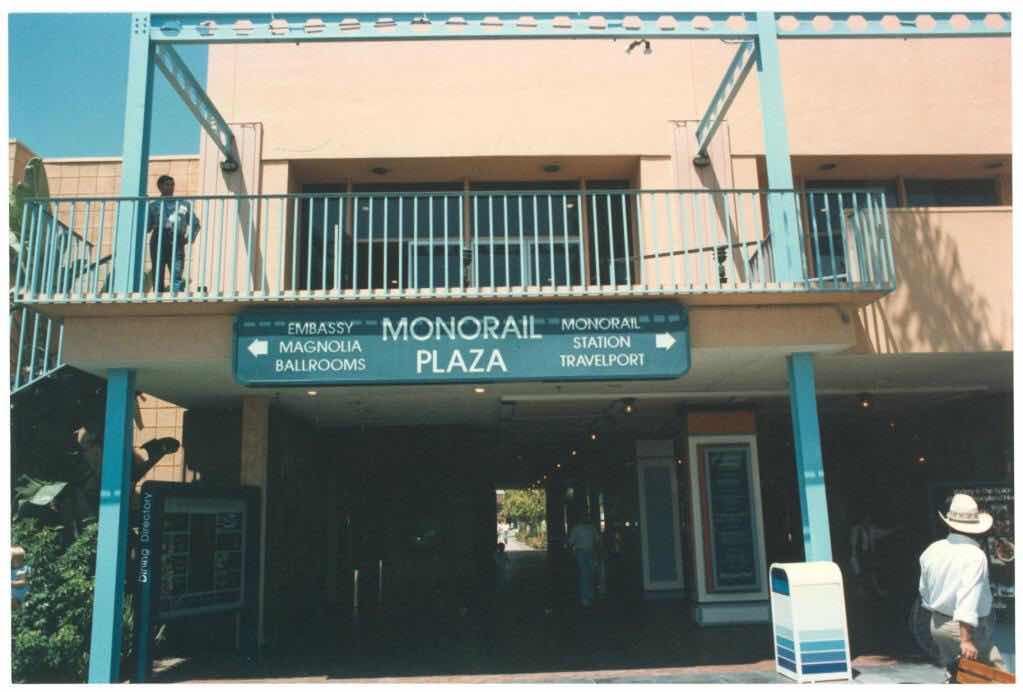 In the 1980’s after the Hotel was officially taken over by DISNEYLAND, the shops and restaurants became more Disney oriented. Shops that used to sell a variety of items only sold Disney merchandise. The Disney characters  began making more frequent appearances on the property and the restaurants were renamed after Disney characters. 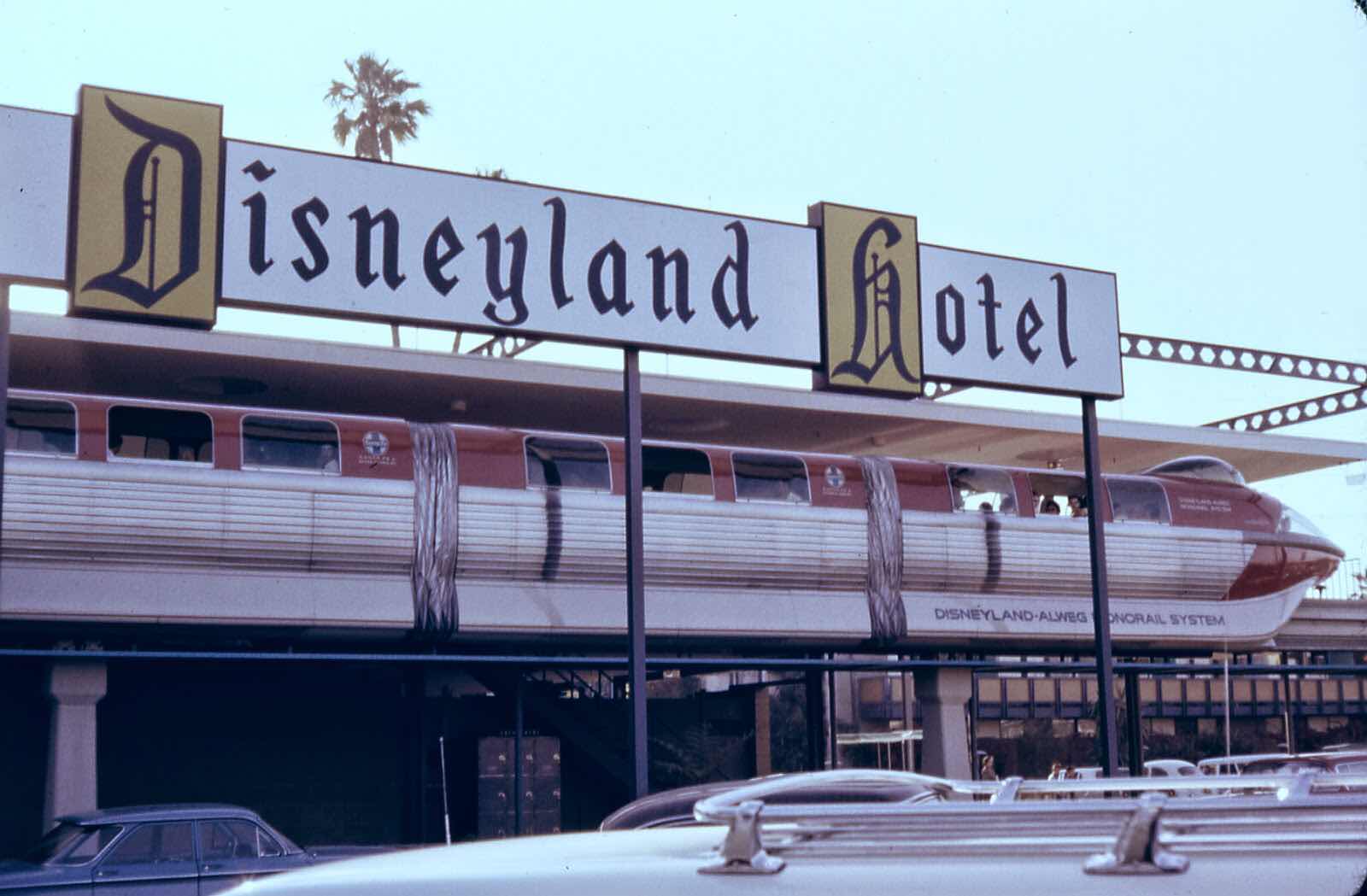 In 1999, the various amenities and plazas were removed to make room for Downtown Disney. The memories, however, remained.