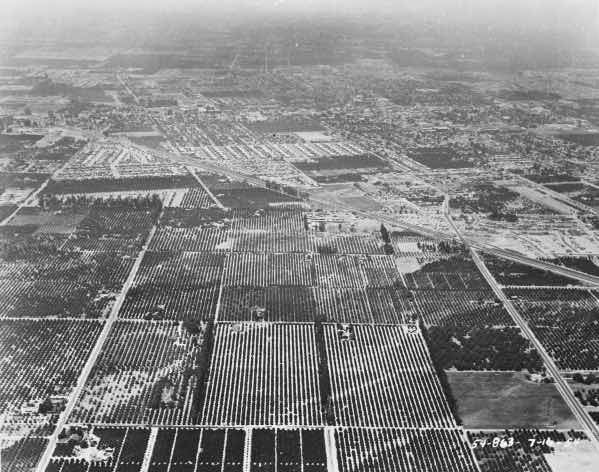 As the twentieth century entered its midway point, the United States began an unprecedented era of economic expansion. As the only major country whose infrastructure had not been destroyed by World War II, the United States was able to take advantage of its newfound power to enter a golden age of consumerism. Southern California, in particular, was becoming a world power in its own right. The Cold War was beginning and the epicenter of the military industrial complex was springing up in Los Angeles and its surrounding areas. Anaheim, then a sleepy town of 2,000 people primarily engaged in citrus farming, wanted to get in on the action and began rezoning vast tracts of land for housing subdivisions and aeronautic factories. Anaheim’s city fathers had decided that the town should become an inexpensive bedroom community for Los Angeles and possibly an aeronautic powerhouse. Walt Disney, however, would change those plans.
When the news first came out that Walt Disney had purchased hundreds of acres of land in Anaheim, many people thought that he planned to move his studio. When he officially announced that he would be building a theme park, Anaheim was further confused. Would this be a tawdry carnival or circus? When Mr. Disney assured them that it wouldn’t be, the land that had previously been planned to host subdivisions was re-zoned for commercial use.
DISNEYLAND had few boosters at the time and financing was hard to come by. Walt Disney had purchased as much land as he could afford at the time and tried to convince his wealthy Hollywood friends to buy some of the property surrounding his future Magic Kingdom. While he was able to get Jack Wrather to finance The DISNEYLAND Hotel, he was unsuccessful at convincing others to buy land, even when he promised to buy it back later. Mr. Disney pushed forward, however, finishing his Magic Kingdom and begging the City of Anaheim to carefully zone and plan the world outside his park. The city’s actions would later plant the seeds of EPCOT in Walt Disney’s mind.

Posted by Webmaster at 5:27 AM 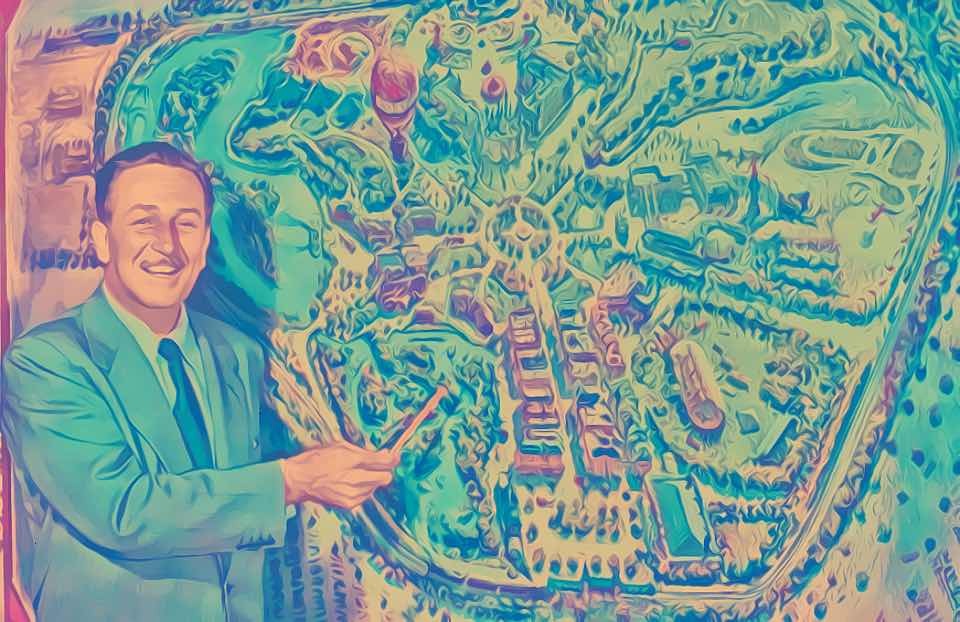