In the latter part of 1966, Walt Disney seemed to be in a rush to those who knew him; almost as though he thought he was running out of time. Walt seemed to lose his temper whenever anyone asked him about working on “Disneyland East”, insisting that they concentrate on EPCOT. Walt must have realized that if EPCOT didn’t have its groundbreaking before “Disneyland East”, Roy Disney most likely would have cut back funding for EPCOT. Unfortunately, the world would lose Walt Disney (and EPCOT) on December 15, 1966. 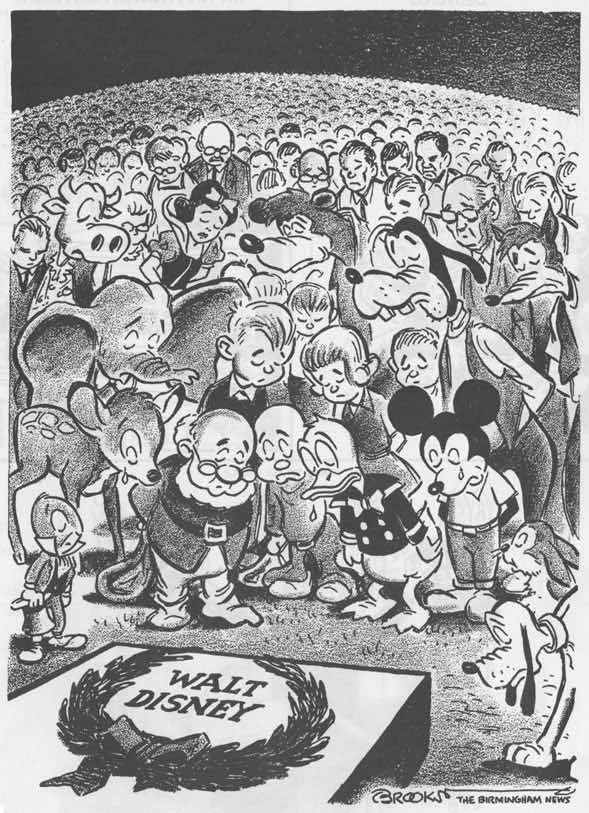 While the company mourned the loss of its creative leader, Roy Disney immediately canceled all plans for EPCOT and re-directed the Florida team to work on the theme park for what he was now ironically calling Walt Disney World. Why was the name ironic? Because the project more closely resembled the vision Roy Disney had for the property- a revenue generating theme park surrounded by hotels- a vacation kingdom rather than a utopian city that happened to have a theme park near it. EPCOT as Walt had imagined it would never get built. 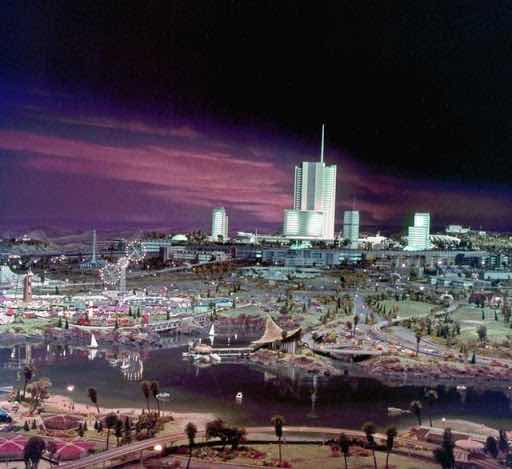 For decades, the model of what Walt Disney originally wanted EPCOT to look like was prominently displayed along the Peoplemover track in the Florida Magic Kingdom Park. Most of the time the ride narration referred to it as “Progress City” or “Walt Disney’s City of the Future.” Walt Disney’s company didn’t want its guests to realize that the EPCOT theme park down the road was originally supposed to be much different. The ride narration was eventually changed to acknowledge that the model is actually the EPCOT of Walt’s dreams. 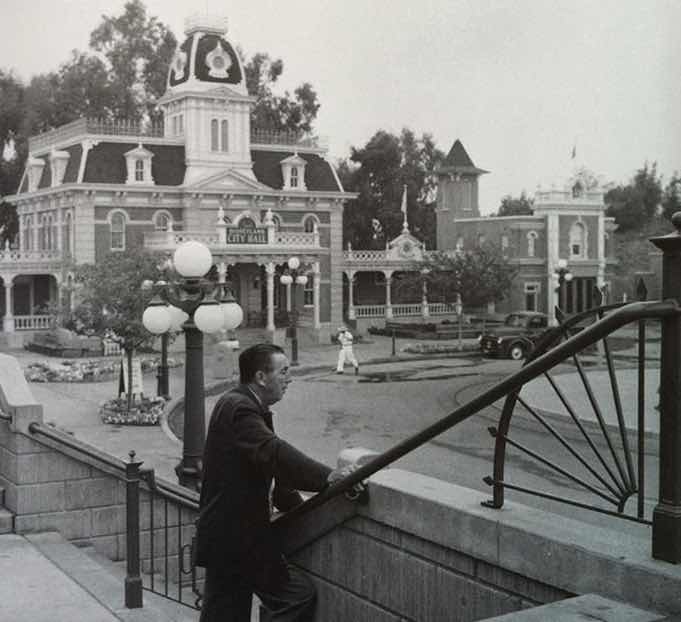 In the end, Walt Disney World ended up becoming Roy Disney World. Roy conservatively built less than half of the originally planned hotels, which ended up making Orlando “Anaheim, Part Two”. The same sort of eyesore leeches that Walt Disney wanted to avoid ended up getting built, though they were across town instead of across the street. The resort would eventually begin a huge hotel building project, adding thousands of rooms, but by then the cheesy properties had already taken hold. While it would be hard to guess what Walt might have thought about the vacation kingdom that bears his name (he was always changing his mind and might have eventually decided to drop EPCOT himself) we can definitely say that it doesn’t resemble his original vision and ended up just pushing the blight he hated in Anaheim further away.

Posted by Webmaster at 5:03 AM