The Florida Project: An Orange Grove in Anaheim

Disney World’s roots can be traced back to before DISNEYLAND even opened back in 1955. When Walt Disney first began planning out DISNEYLAND, he found few people who believed in the project. Even his brother Roy doubted its feasibility and only signed onto the project to gain the trademark rights to the Walt Disney name. This meant that Walt couldn’t buy as much land as he wanted. When DISNEYLAND was under construction, Walt would often take his wealthy Hollywood friends out to the site to see what he was building and to try to convince them to buy up the surrounding land. He found no takers, even after he promised that once DISNEYLAND became profitable, he’d buy the land off of them. As DISNEYLAND’s opening day grew near, it was obvious that the surrounding area would not be controlled by Walt Disney Productions. 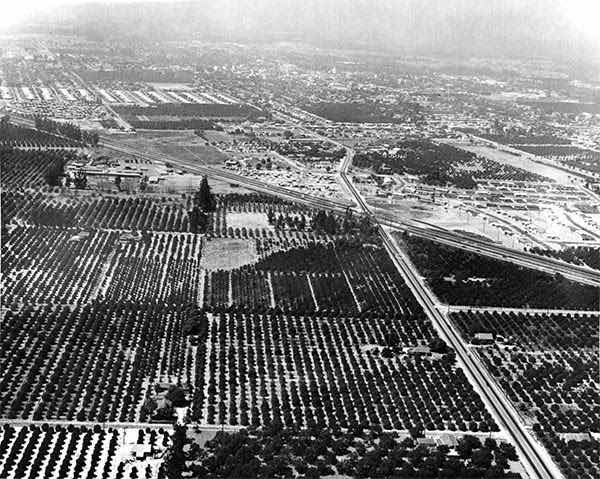 In a last ditch effort to create an attractive tourism area around the park, Walt Disney appealed to the city of Anaheim to create a special zone around the park which would control the look and feel of what he thought was sure to be a bustling tourist district. The city, however, seemed  to approve any structure that didn’t immediately collapse, much to the chagrin of Walt Disney. This situation was made worse by the fact that most of the earliest business owners who decided to take the risk and open up near DISNEYLAND were smaller operators who couldn’t afford large parcels of land. Anaheim was willing to divide up parcels in any required size, which made for a mishmash of oddly sized properties that would prove to be difficult to sell or buy in the distant future. 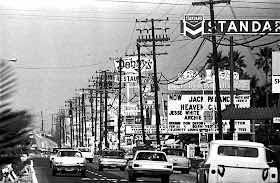 By the time that DISNEYLAND was a huge success, the area around it was a tacky mess, and Walt Disney was powerless to clean it up or improve it. While the city of Anaheim has sometimes blamed the problems in its resort area on DISNEYLAND’s explosive success having caught it off guard and unprepared, it actually had every opportunity to prevent them from occurring had it listened to Mr. Disney to begin with.

While Walt Disney received huge pressure to expand his theme park empire to other cities, he completely resisted it- at first. One look at the real world just outside the gates of his Magic Kingdom made him consider the possibilities of a second attraction- though he was not interested in just building a theme park or a vacation resort. He wanted to build an actual city of his own.