Oswald is Walt Disney's largely forgotten creation. Created before Mickey Mouse, Oswald was taken away from Walt Disney by Universal Studios, which led to the creation of Mickey Mouse. Oswald returned to The Walt Disney Company in 2007 and has made a home in Disney California Adventure and Tokyo Disney Seas, but has yet to establish much of a foothold. How would we introduce him? In our new Blue Sky Weekends feature, we'll look at ways we would change the world of Disney!
We'd choose to have Mickey Mouse take a "vacation" and leave the keys to the DISNEYLAND resort to his brother Oswald. Eager to put his mark on things, Oswald would make some big changes...
Let's change that iconic planter to feature Disney's Rascally Rabbit: 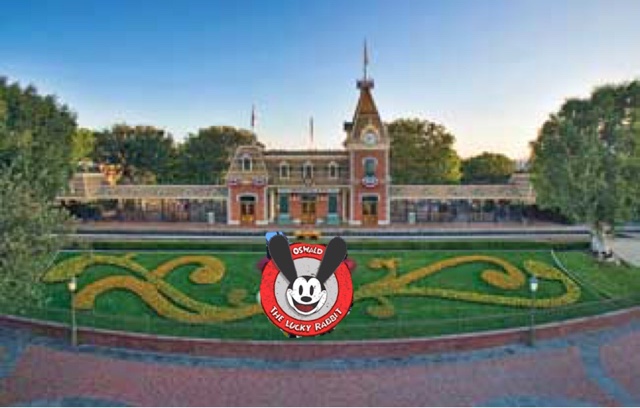 The iconic statues would receive an interesting new look: 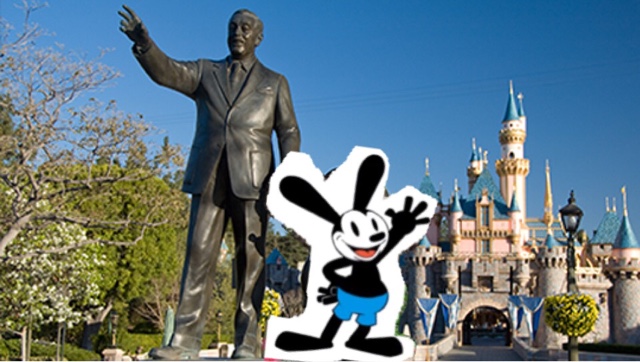 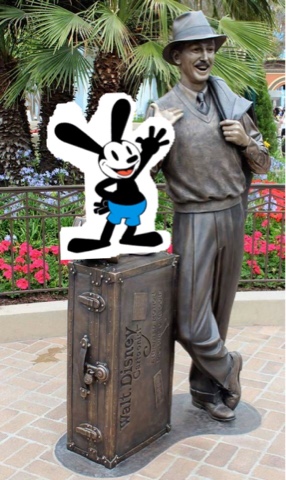 Plus, there would be some fun changes around Disney California Adventure: 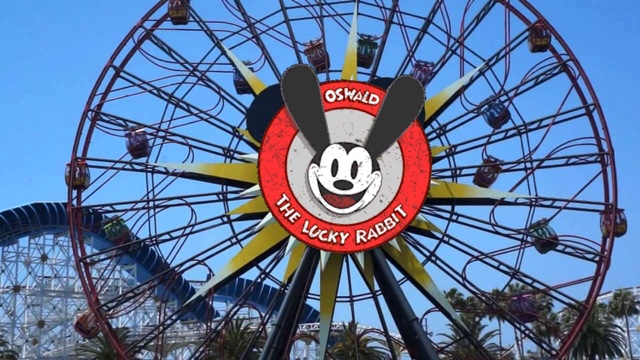 Of course, after the promotion ended, things would return to normal as Mickey "returned" to DISNEYLAND. By this time, the world would be fully introduced to Walt Disney's first "son".
Posted by Ralph at 8:56 PM