In the mid-1980's, an interesting themed food truck appeared on DISNEYLAND's Main Street. Named The Little Red Wagon in honor of the Red Wagon Inn that used to stand where the Plaza Inn is now, the truck served fresh, hand dipped corn dogs that quickly became legendary. 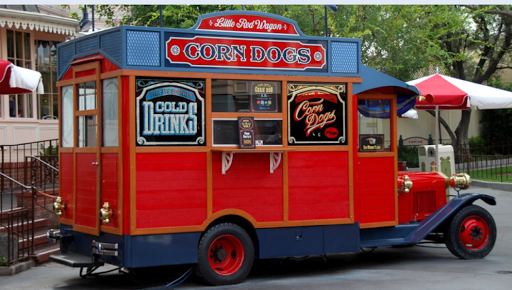 When Disney California Adventure opened, the resort decided to build not just a corn dog truck but a corn dog Castle! The Corn Dog Castle added cheese dogs to the menu in a much larger facility. Even though the corn dogs are theoretically the same, the ones at the Castle are infinitely better. If you happen to find yourself at the Resort with time for just one corn dog, head to the Corn Dog Castle in Paradise Pier at Disney California Adventure. 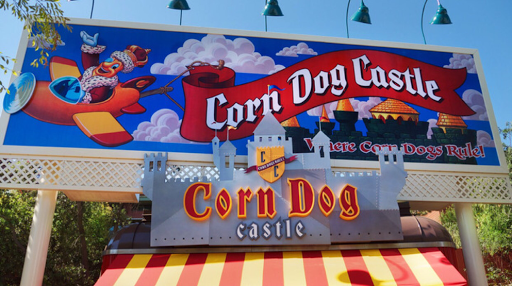 When Walt Disney World in Florida needed more food options at the Disney Springs District, it brought in food trucks to deal with the lack of restaurants in the area.  Due to the popularity of the corn dogs out west, it was decided to bring a version of them out to Florida. While they are a nice option, they didn't really hold up to the ones available in Anaheim. 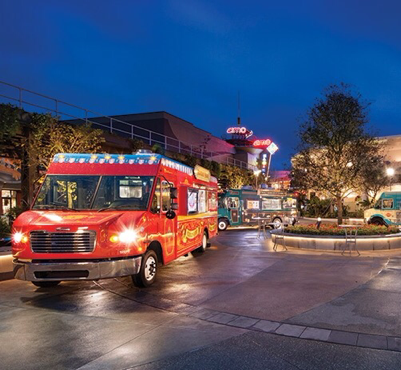