Freaky Fridays: Whatever Happened To The Main Street Shooting Gallery

In the late 1950’s there were three shooting galleries at DISNEYLAND- in Frontierland, Adventureland and Main Street. (Record Scratch) Main Street had a Shooting Gallery? Yes it did! While numerous pictures exist of both the Frontierland (which still exists) and the Adventureland shooting galleries, no such photos seem to exist for the one located on Main Street. How do we know it existed? Old C Tickets mention it as an attraction: 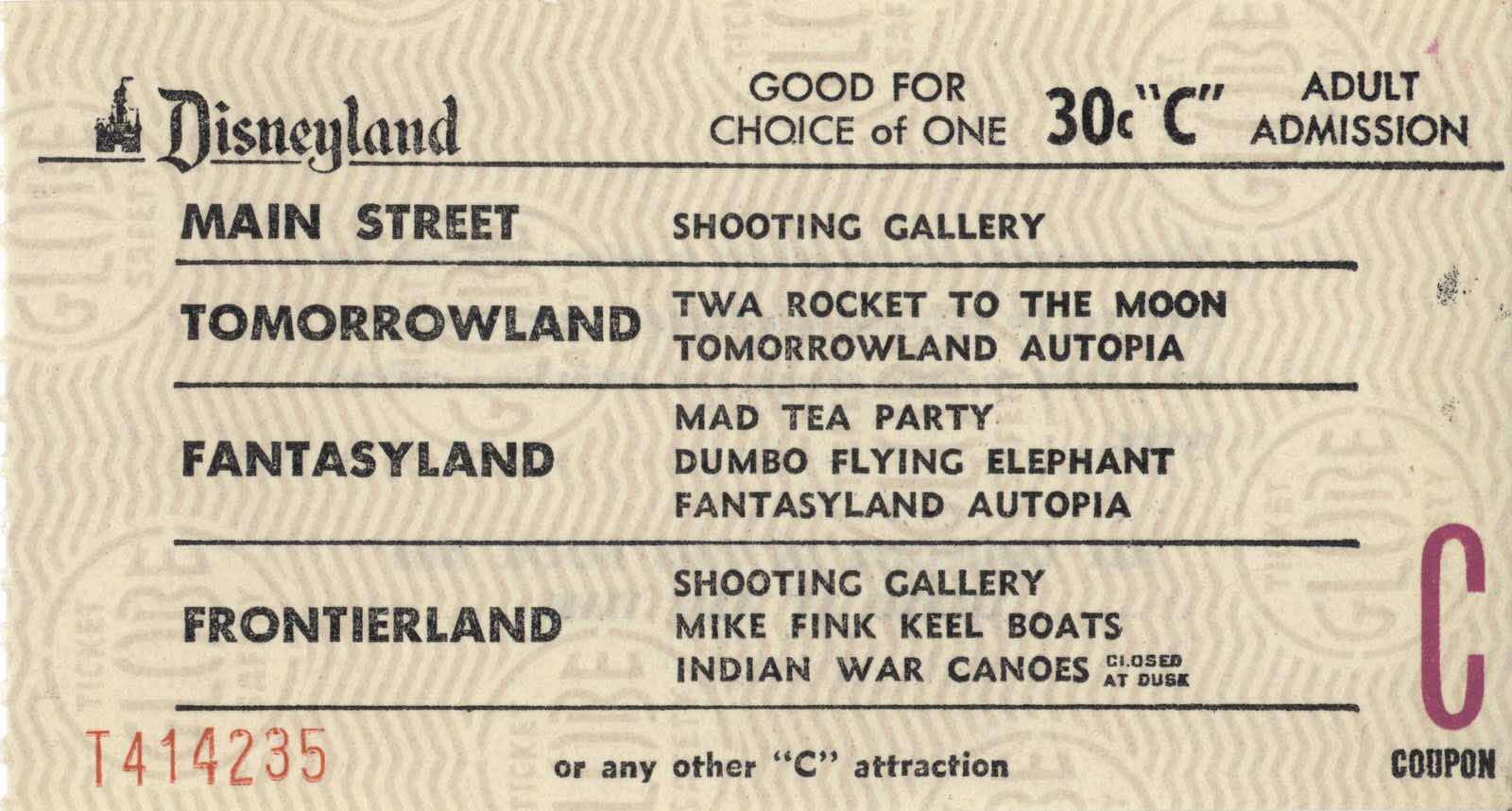 It was also mentioned on park maps:

It is because of old park maps that we know where the Shooting Gallery was located. It waslocated between the Coca-Cola Refreshment corner and the Penny Arcade marquee as shown below: