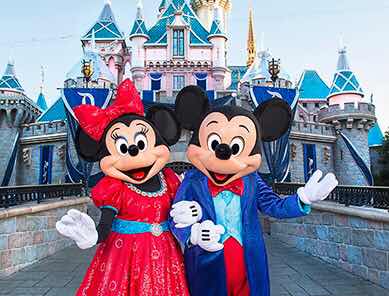 According to Disney lore, Mickey and his friends LIVE at DISNEYLAND in California. They merely visit Walt Disney World. This idea is mentioned on the Disney Magical  Express busses in Florida, where Mickey and friends are depicted riding the shuttle back to the airport to travel home- to DISNEYLAND. 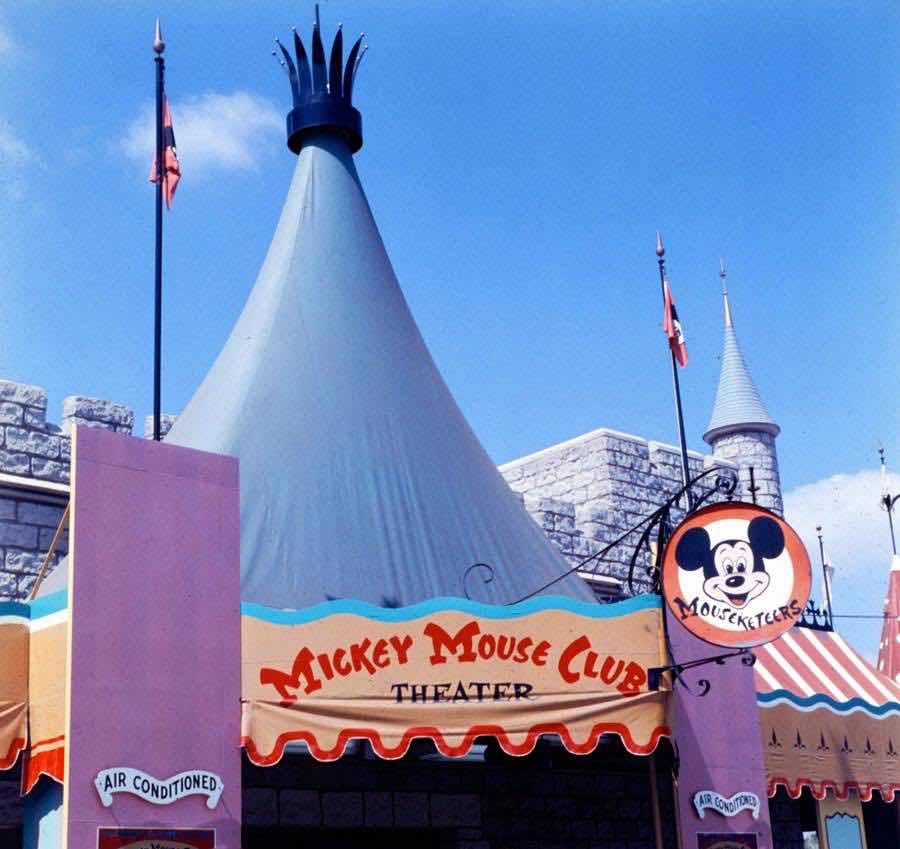 The first actual attraction based on Mickey Mouse was the “Mickey Mouse Club” Theater in DISNEYLAND. Guests could spend as much time as they liked inside the air conditioned theater which featured continuous showings of Mickey Mouse cartoons. The theater eventually got a new name- The Fantasyland Theater- and showed Disney cartoons of all kinds. It was replaced by “Pinocchio’s Daring Journey” in 1983. 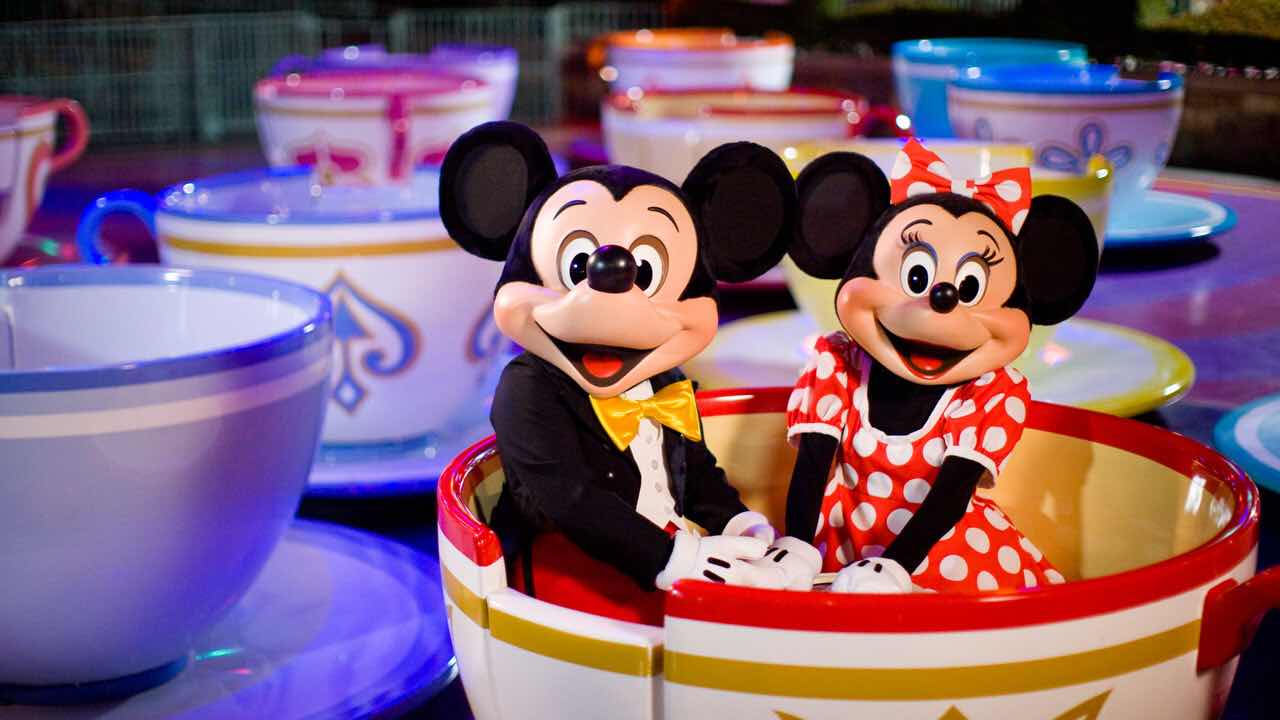 “Minnie” is a nickname. Mickey’s girlfriend’s full name is Minerva.