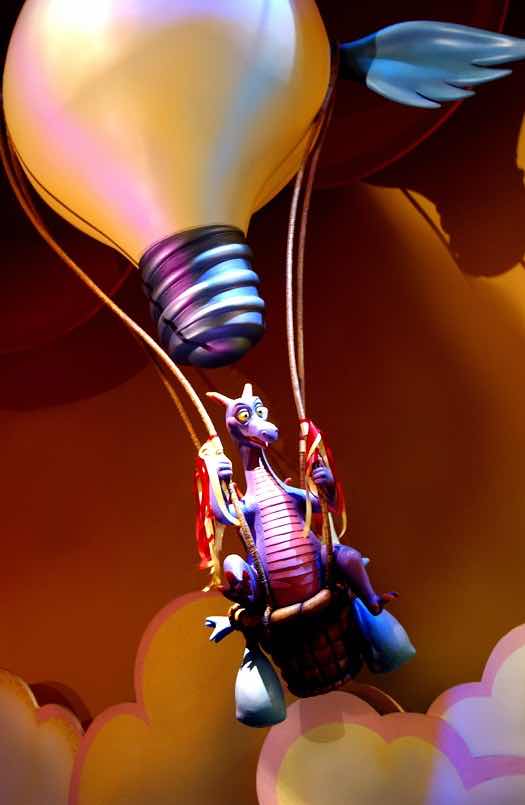 These days it seems as though the Disney Theme Parks are unwilling to create new characters for their attractions. Everything new these days always seems to be tied to existing characters. When Epcot Center first opened it wanted to present new concepts with new characters. Initially, Mickey and friends were not going to make any appearances in the park at all. When the park opened it had its own characters to delight guests and one of the most delightful characters introduced at the time was Figment!
Figment was meant to be the personification of creativity and imagination. His theme song was One Little Spark, an anthem to creativity.