After DISNEYLAND’s successful 35th anniversary began winding down, the park wanted to keep the momentum going before its next big project. Eager to do something that could cross promote another Disney project and also test the waters for a future DISNEYLAND project, the park settled on theming the area around it’s a small world as Afternoon Avenue. 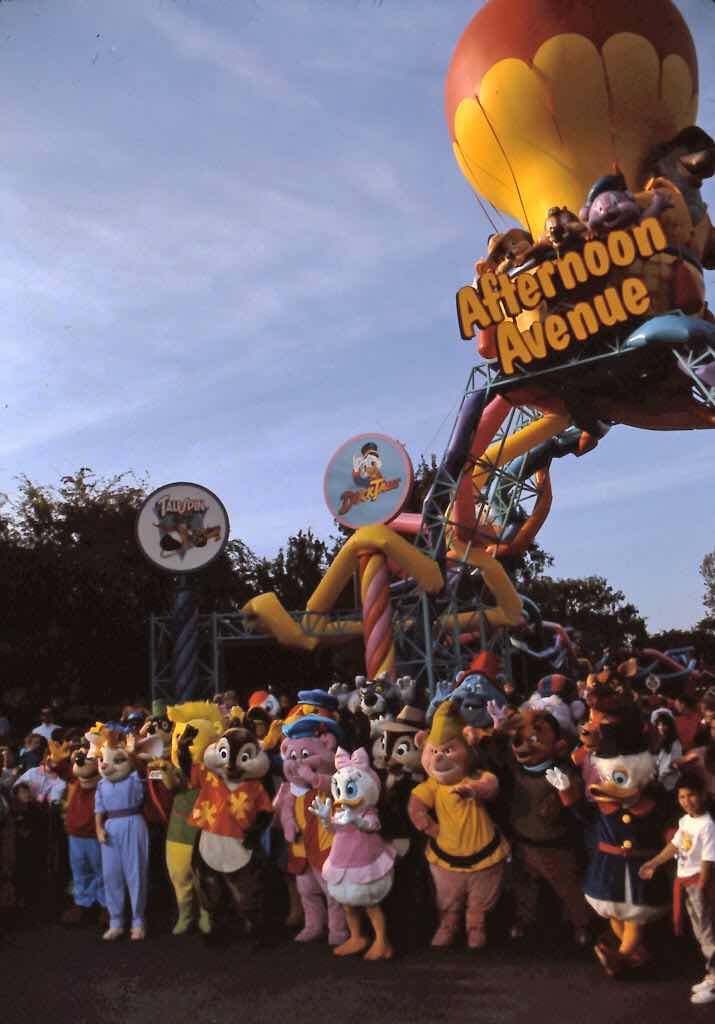 Afternoon Avenue would promote Disney’s afternoon strip of cartoons while also testing out the concept of a controlled character photo opportunity that would take place in the upcoming Mickey’s Toontown. A temporary soundstage was constructed behind it’s a small world where Mickey’s Toontown would be located a few years later. Guests could enter the soundstage and have a private audience with Baloo. 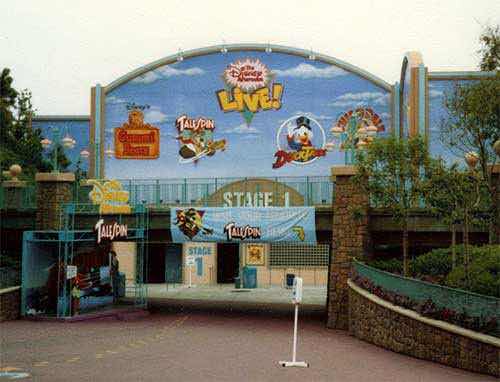 The Fantasyland Autopia was converted into Chip ‘N Dale Rescue Rangers Raceway where music from the show and character theming were added to enhance the opportunity. The Motor Boat Cruise to Gummi Glen turned the normally themeless Motor Boat attraction into an adventure with the Gummi Bears.

The temporary attraction was a huge success and paved the way for the eventual construction of Mickey’s Toontown.