Before DISNEYLAND opened in 1955, one of the things that tourists did when they visited Southern California was to drive out to orange groves and take pictures of themselves picking oranges. (The other big attractions were Hollywood and the beaches, of course.) After DISNEYLAND opened, people were less enamored with looking at orange groves, so the largest orange grower Sunkist decided that if the tourists were no longer coming out to them, they would come out to the tourists. 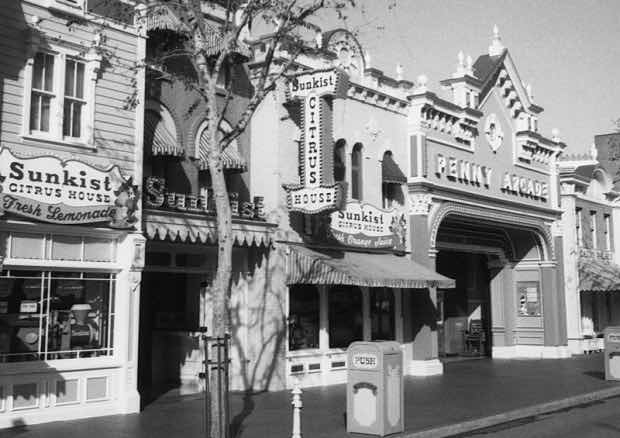 The Sunkist Citrus House opened on Main Street, replacing a bakery that had originally taken the spot. Sunkist sold simple baked goods and freshly squeezed orange juice and lemonade. While the Citrus house was profitable, its main goal was to advertise oranges to the tourists who, it was hoped, would go home and look for Sunkist in their local grocery stores. The refreshing drinks were so popular, a second location was opened in Adventureland and was given an unusual name- “Sunkist, I Presume?” 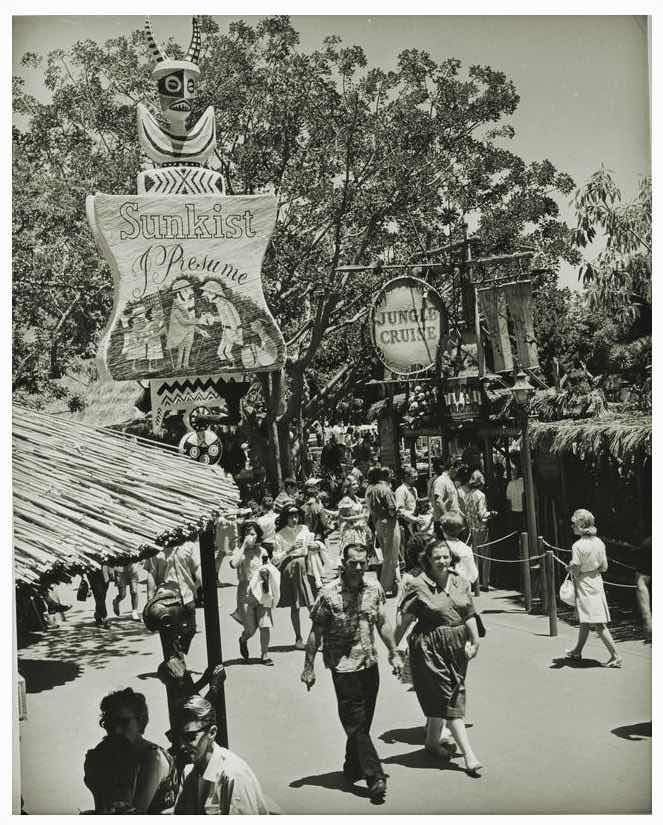 Both locations remained open until the 1980’s. Sunkist decided to change its marketing efforts and DISNEYLAND was looking to operate most of its food locations. “Sunkist, I Presume?” became the Bengal Barbecue, while the Main Street Citrus House would become an ice cream parlor, a bakery (again) and an ice cream parlor (again). 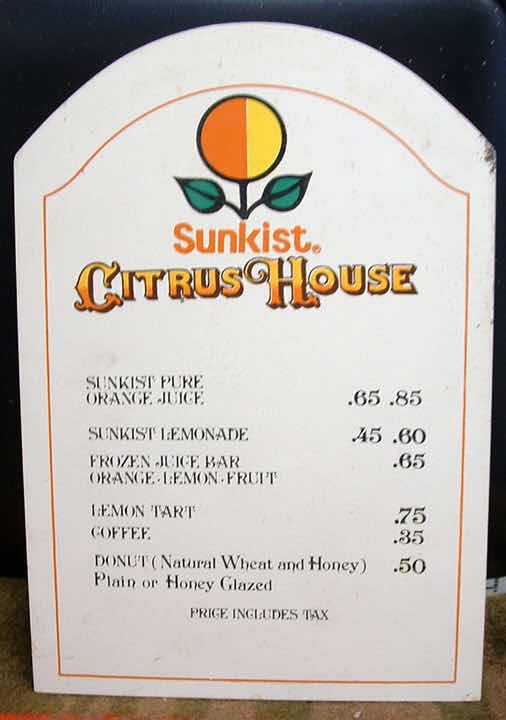