Disney & Fox Week: On the Move

As the 1930’s began, the Fox Film Corporation, having removed its founder, was in turmoil. While its various businesses were mostly viable, it was still in receivership and its prospects were grim. Meanwhile, Louis B. Mayer, having firmly ensconced himself at the top of MGM, was looking for a job for his son-in-law. At the same time, Darryl F. Zanuck and Joseph Schenck were getting restless at United Artists. Despite their contributions to the studio, the pair were treated as second class citizens by the studio’s actor/owners. With backing and investment from Louis B. Mayer, and, initially, United Artists, 20th Century Films was founded in 1933. With its ability to draw from MGM’s stable of actors and distribution by United Artists, 20th Century aimed to be a powerhouse in Hollywood. 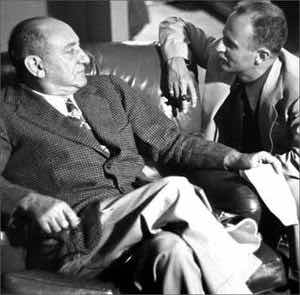 Joseph Schenck and Darryl Zanuck
The shaky partnership, however, began to go off the rails fairly quickly. Despite the studio’s stellar track record- only one of its first twenty projects failed to make a profit- Schenck and Zanuck felt that United Artists was not paying the same attention to 20th Century’s films as it did its own. Since the studio employed Louis B. Mayer’s son in law, relations between it and MGM were more cordial, though the two movie moguls felt that they could never achieve the great heights they aspired to by standing in Louis B. Mayer’s shadow. They needed their own distribution network and theater chain- and they needed it as soon as possible. 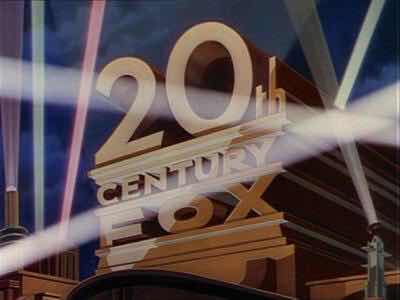 Meanwhile, the team brought in by the receiver to turn around Fox Film Corporation realized that the business could not be salvaged on its own. The company had the infrastructure, but much of its talent had jumped ship to avoid its turmoil. Soon the idea of a possible merger or sale was being floated around. Schenck and Zanuck seized the opportunity. Fox needed capital and talent, which 20th Century had in abundance. 20th Century needed a distribution infrastructure and theater chain, which Fox had. It was a match made in heaven. The two companies merged at first to become Fox-20th Century. Cooler heads prevailed and the much better name of 20th Century-Fox was chosen. 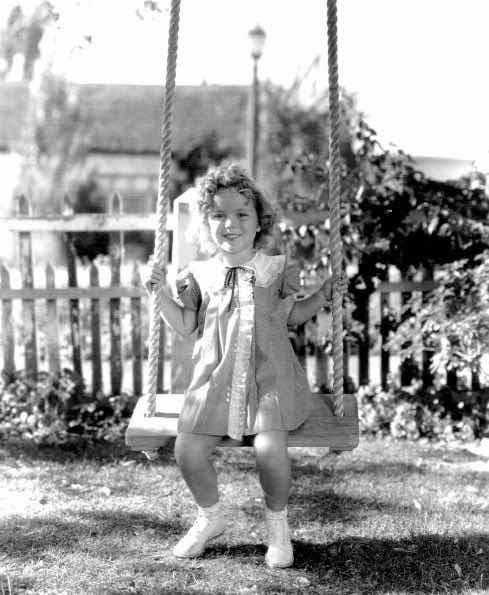 The studio quickly continued its successful run. Freed from their previous constraints, Darryl Zanuck and Joseph Schenck built the studio’s roster, signing bright new talent. Their biggest discovery was a pint sized dynamo named Shirley Temple. Her bright eyes and positive attitude were just what the depression-era world needed. No longer standing in the shadow of MGM or United Artists, Fox had become a powerhouse. Its historical biographies and musicals were huge moneymakers. As the depression and then the war loomed, Fox’s bubbly musicals helped it surpass MGM, United Artists and RKO at the box office.

Problems soon began sprouting up, however. Joseph Schenck would get convicted of tax evasion and serve time in prison. The Justice Department had ordered the studio to divest from its movie theater chain and the biggest problem of all would be the advent of television. Whereas other studios tried to economize or diversify, 20th Century Fox  doubled down. It would compete with television by offering the giant spectacles that television couldn’t compete with. These larger productions would require larger budgets and larger returns. If this gambit worked, the studio would be handsomely rewarded. If it didn’t- well, that’s a story for next time. 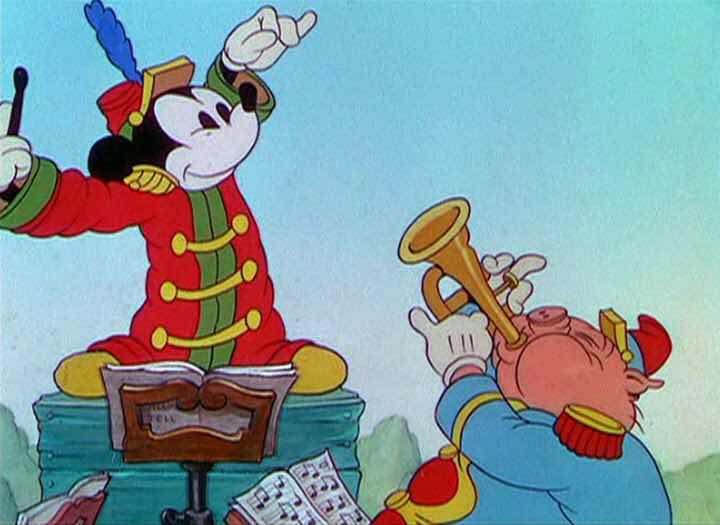 Meanwhile, Walt Disney was slowly but surely building his empire. Mickey Mouse was doing gangbuster business. Despite the depression, audiences lined up around the block to watch the latest Mickey Mouse cartoons. Walt Disney Productions became one of the first Hollywood studios to take advantage of licensing merchandise. Mickey Mouse’s draw was so immense, he singlehandedly saved both Timex and Lionel. Walt Disney, however, was spending increasingly larger amounts of cash to produce his films, straining both his finances and his relationship with his brother. 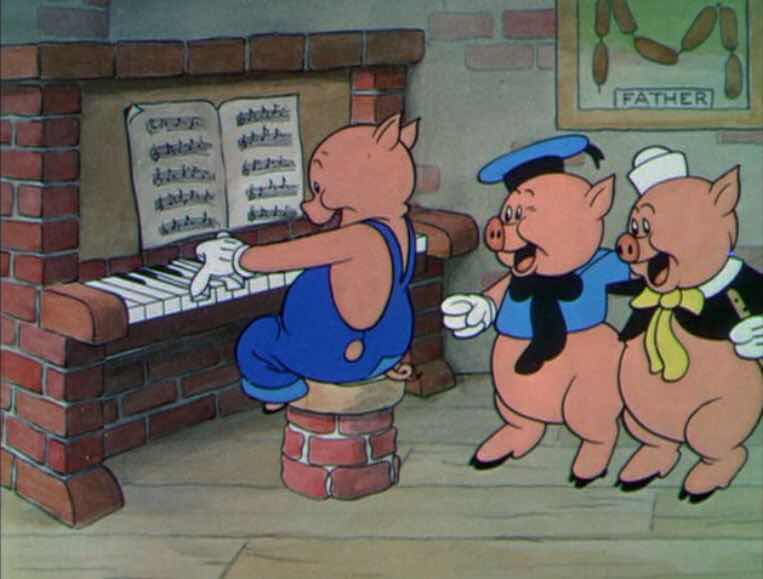 Walt Disney, however, was trying to diversify. His Silly Symphonies cartoons featured more realistic animation and more detailed backgrounds than the Mickey Mouse shorts. While the varied shorts were often a hard sell, one of them rivaled Mickey Mouse’s popularity- The Three Little Pigs. All of this would be a rehearsal of sorts for Walt Disney’s biggest gamble- Snow White and the Seven Dwarfs. The feature length animated film had been dubbed ‘Walt’s Folly’ but its massive box office receipts allowed the studio to expand and grow. 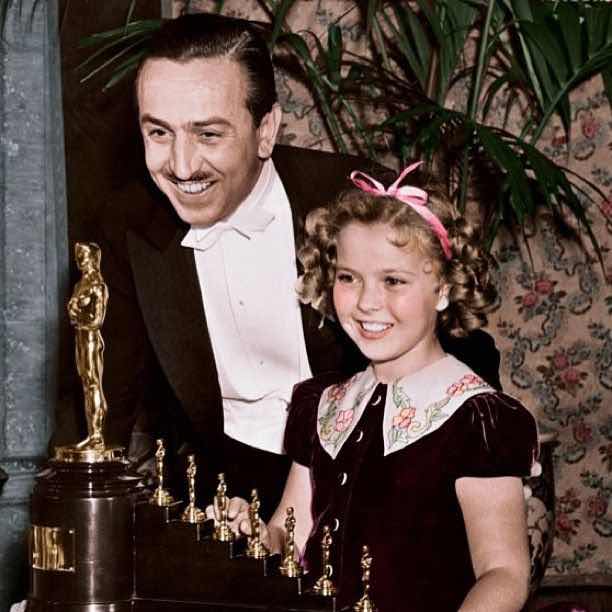 Right when things seemed brightest, the shadow of war appeared. The Walt Disney Studios, more so than any other in Hollywood, had been deeply affected by the war. The huge lead time for animation meant that several expensive pictures were in production when war was declared. While live action productions could be quickly curtailed or downsized, animated ones could not. Pinocchio and Fantasia premiered to a changed world where most foreign markets were closed off to Hollywood for now. The U.S. military took over Walt Disney Studios and the studio soon found itself working on war related films. 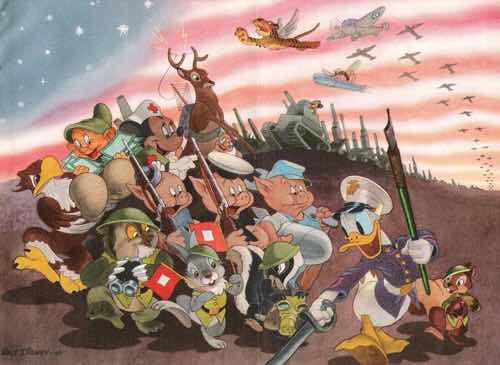 Feature film production had ceased and the studio found itself under reduced circumstances. A painful strike added more problems for the studio. Whereas the other studios found the war to be okay for business, that wasn’t true for Disney. The studio was seen as being severely weakened after the war. It wouldn’t have surprised most people if it didn’t survive long into the television era. Taking children to the movies was always an iffy proposition. Television seemed tailor made for kids. How could Disney survive in the television age? Walt Disney would choose to diversify.