In the 1950’s, the rise of television cast a pall on Hollywood. While most studios now produce both theatrical films and television programming, that wasn’t the case in the beginning. When Walt Disney embraced television as a way to help finance DISNEYLAND, he was seen as a traitor. He saw it as a way to diversify. 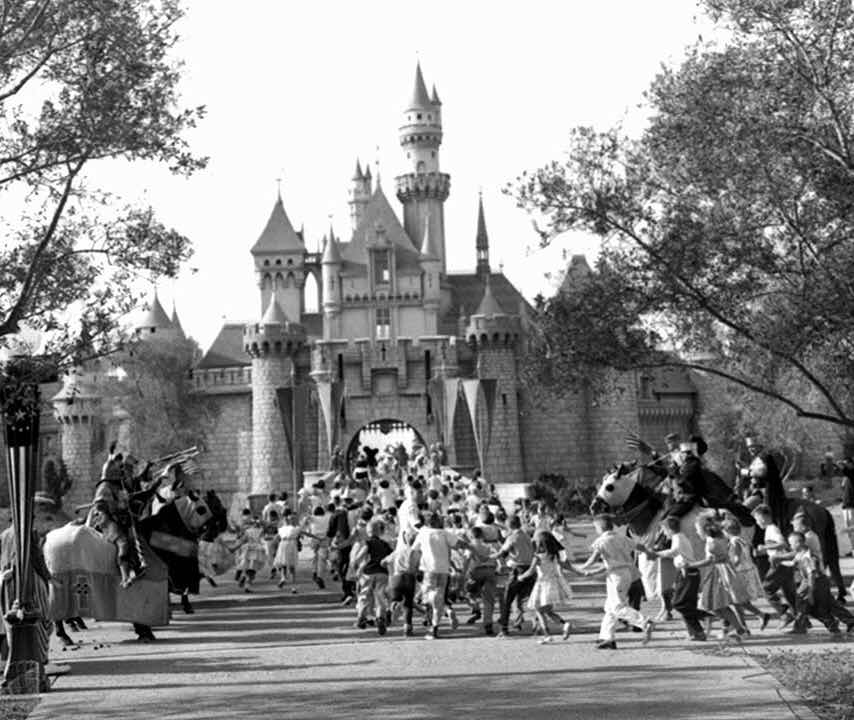 The decision to build DISNEYLAND not only allowed Mr. Disney to diversify, it arguably allowed his company to survive until today. DISNEYLAND Park has provided the company the stability it has needed throughout the years. The company also branched out into live action pictures which could be produced more cheaply and quickly than animated films. 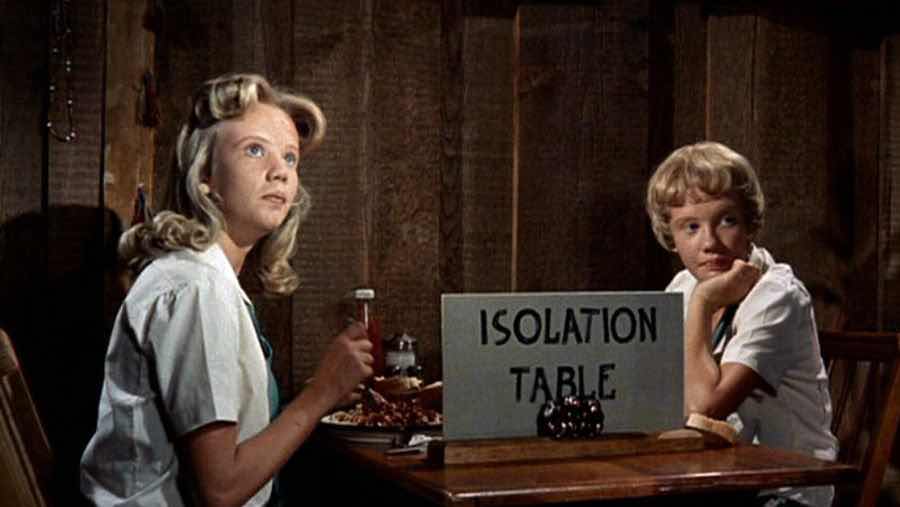 Walt Disney also tried to keep his best friend Mickey Mouse relevant by creating The Mickey Mouse Club, which became a phenomenon for the baby boomers. The show also produced a superstar- Annette Funicello. At a time when other studios struggled in a post-TV era, Disney was firing on all cylinders. Every kid wanted to visit DISNEYLAND and see the latest Disney movies. 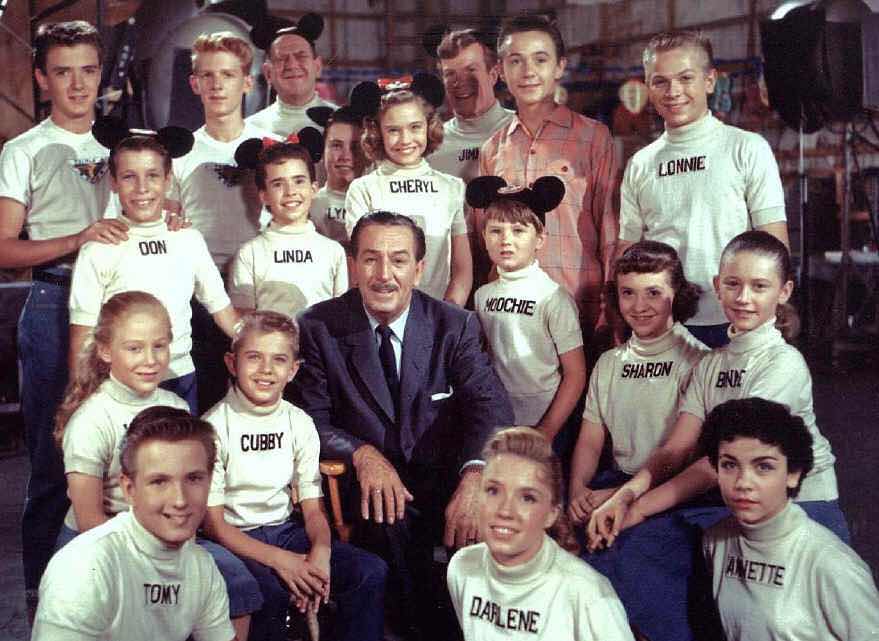 Even after the death of its founder, the solid foundation laid by Mr. Disney allowed it to thrive. Though it didn’t quite end up the way he’d planned, “Disneyland East” opened up in 1972 as Walt Disney World, financed by the profits earned at DISNEYLAND. This further diversification would keep the company afloat during the lean years ahead. 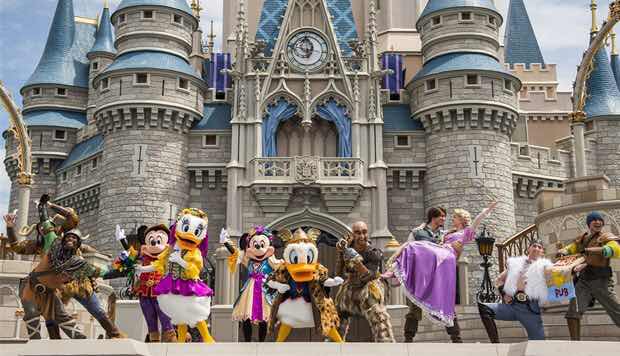 While the studio would be stymied by its reluctance to evolve in the 1970’s, Walt Disney’s efforts at diversification allowed the company to weather the leaner years. By the time the go-go 1980’s arrived, Disney was ready to grow. It would diversify into more mature pictures through Touchstone Pictures, buy the ABC television network and begin expanding its resorts. 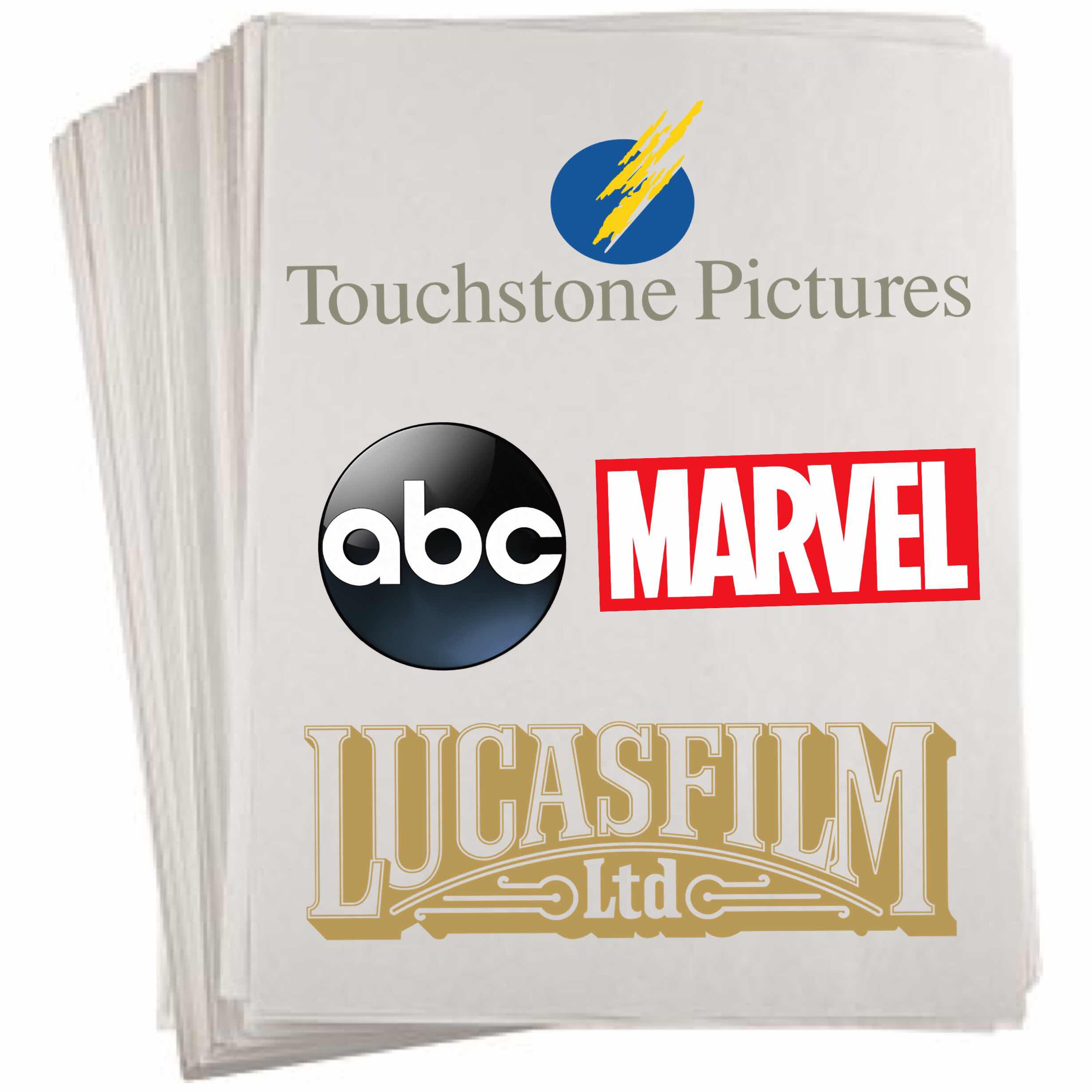 By the time that DISNEYLAND celebrated its 60th Anniversary, the company would own Lucasfilm and Marvel, two powerhouses in the current movie industry. The sleeping giant of the 1970’s was now a massive behemoth, capable of making an offer for Twentieth Century Fox.
Back in the 1950’s, however, Twentieth Century Fox originally chose not to diversify. It chose to compete with television by making bigger and more expensive films. Large spectacles were a difficult prospect in Hollywood’s Golden Days. They were especially problematic in an era where a movie theater’s biggest competitor was free television. Things went mostly well for the studio until it crossed paths with Cleopatra. 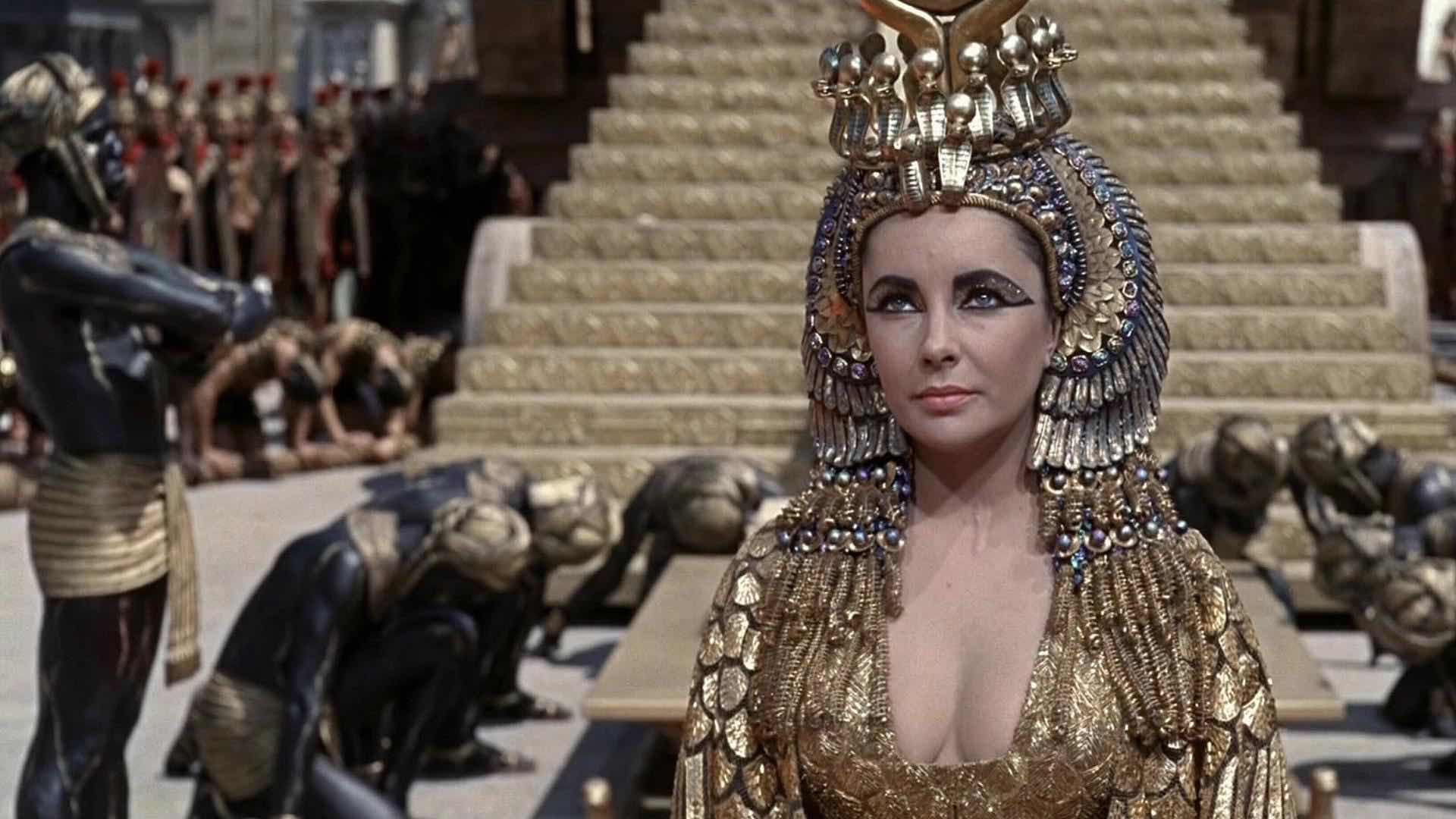 Cleopatra almost singlehandedly destroyed Twentieth Century Fox. The film would star Elizabeth Taylor who was a constant problem from the very beginning. After she took ill just a few weeks into the shoot, she was ordered to bed rest. Fox was forced to flush away $2,000,000 with no usable footage to show for it. By the time Ms. Taylor was feeling better, the studio had to rebuild sets and reschedule studio time at huge expense. Ms. Taylor’s contract stipulated that Chasen’s famous chili be flown out to the set no matter where she was in the world. The temperamental actress’ sizzling affair with Richard Burton scandalized potential audiences and sent the budget into the stratosphere. Adjusted for inflation, the film cost a staggering $370 Million. While it made a bit more than that at the box office, its high production and promotional costs made Fox suffer an almost insurmountable loss. 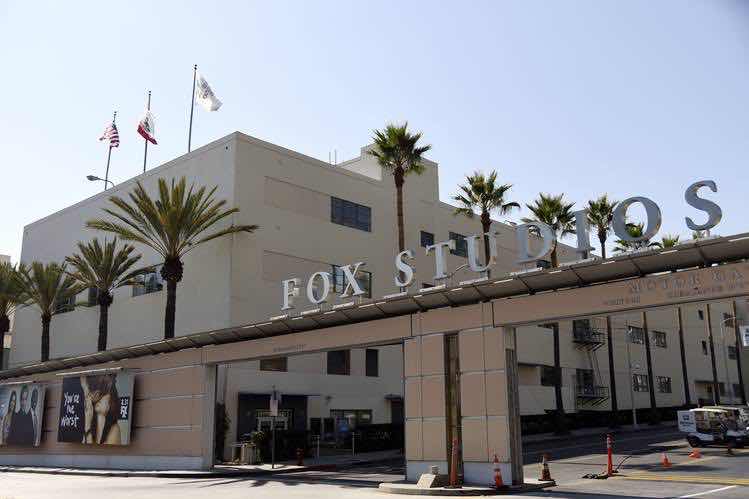 A power struggle between Darryl Zanuck and his son Richard boiled over after Cleopatra’s staggering loss. The younger Zanuck insisted that the project’s failure was a sign that his father was past his prime. In order to recover, the studio sold off most of its storied backlot, creating Century City. Money problems also forced the studio to finally diversify into television. Robert Zanuck chose to move the studio into the modern era by producing ‘today’ pictures for the youth of the day. These types of films could be produced much more cheaply than the spectacles favored by his father and offer nudity and profanity, which television couldn’t touch. 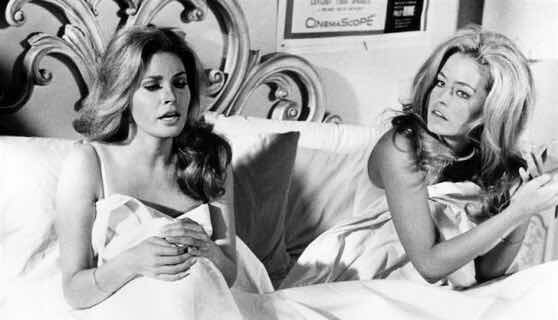 While some of the films were successful and spawned lucrative spinoffs- like M*A*S*H- there were too many flops like Myra Breckinridge which embarrassed the studio. By 1972, the Zanuck era had ended with both Zanuck’s ousted from the studio. The new studio management had greater success with the colossal Star Wars becoming a smash hit. Unfortunately for the studio, it had given merchandise rights to George Lucas who planned to use the licensing fees to finish up the special effects. Fox had assumed the merchandise rights would be valueless. Of course, they weren’t and George Lucas used the lucrative side money to purchase the Star Wars copyrights. 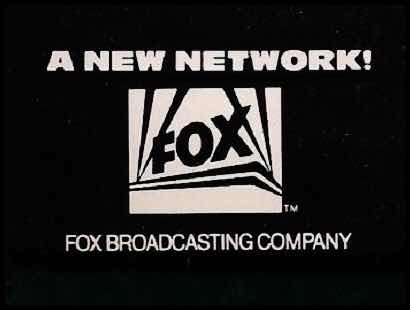 It was during the 1980’s (and under the ownership of Rupert Murdoch) that the company went all-in on television, setting up its own upstart television network. At first, not much of its programming gained any traction, but rather than give in the network stayed the course, getting its first big hit- Married With Children. As the 1990’s began, it got its most lucrative hit ever- The Simpsons, who brought the younger audience that the network craved and became a merchandising juggernaut. 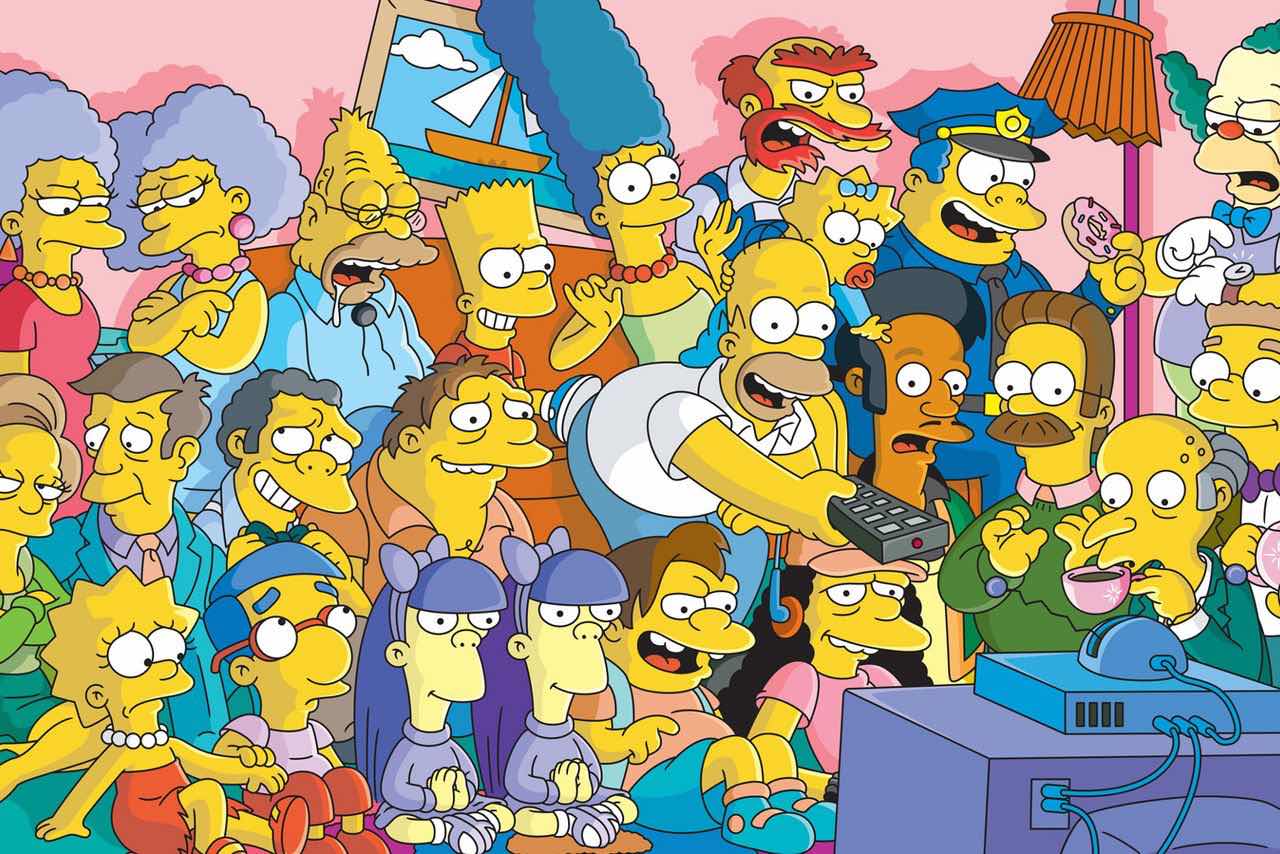 A political conservative, Fox owner Rupert Murdoch used the Fox name to launch a conservative news channel. While the channel itself became successful, it severely tarnished the company’s brand and its reputation in Hollywood. While most of the company’s biggest successes were in television, it remained competitive in motion pictures, restarting the age of superheroes with its successful X-Men films, licensed from Marvel Comics. 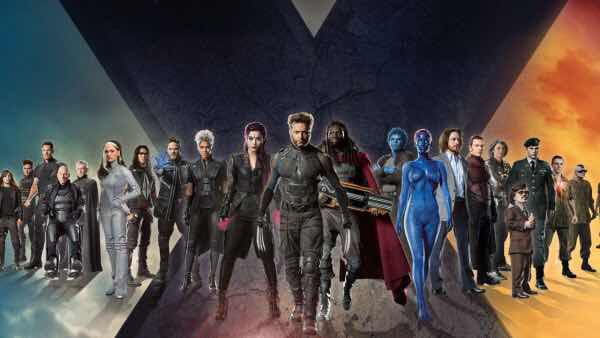 While the studio has mostly flourished, the Murdochs seemed less and less interested in it. They realized that in order to compete in the future, Twentieth Century Fox would need to either buy another studio or sell itself to another studio. Thus it agreed to be purchased by The Walt Disney Company.
Could Walt Disney have possibly imagined that the company he founded in 1923 with his brother would eventually be able to buy Twentieth Century Fox? After all, in 1923 he had just $40, a suitcase and a Dream. William Fox was a multi-millionaire, controlling a vast network of theaters and one of Hollywood’s biggest studios. If anything, one might have assumed that it would be William Fox’s company doing the buying. Fate and luck would eventually prove otherwise. A suitcase and a Dream might not be enough to get you where you’re going, but they can be a great start.