When the 1920’s began, William Fox was sitting on top when it came to the motion picture business, while Walt Disney was even in Southern California yet. William Fox was steadily building his empire as the years went by, acquiring other motion picture producers, like Movietone, and expanding his theater chain. His biggest opportunity came about because of the death of another theater titan, though trying to take advantage of it ended up ruining his show business career. 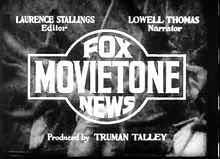 Marcus Loew was a theater Titan who had built up a massive chain of theaters. After purchasing Metro Pictures, he lamented the lack of quality found in their films, so he purchased Goldwyn Pictures to improve their quality. After the film industry moved west, he decided he needed a strong executive in California to keep things moving forward. Thus he bought Mayer Pictures and brought in Louis B. Mayer to operate things in California. This shotgun marriage resulted in the new film behemoth- Metro-Goldwyn-Mayer, better known as MGM. Mr. Loew’s run atop his new empire would be sadly short lived; he passed away just a few years later. Loew’s Family was uninterested in operating his empire, so when William Fox approached them about purchasing it, they willingly agreed. While this might have been seen as the beginning of big things by Mr. Fox, it would end up becoming the beginning of the end.

The deal between the Loew family and William Fox caught the ire of Louis B. Mayer. Mayer had wanted to make a deal himself and hadn’t been given the opportunity. He refused to work for William Fox and declared all out war against him. Not one to back down, Fox steeled himself for a long fight. Unfortunately for him, he would be in a car accident in which he’d been blamed. No longer at his best, Fox still planned to fight for control of Loews until the Great Depression dealt a fatal blow; William Fox was financially ruined. Not only did Louis B. Mayer triumph in the fight for MGM, Mr. Fox would lose the studio that bore his name. 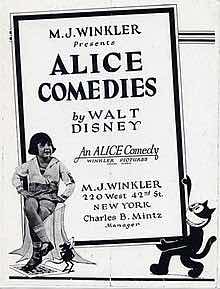 Meanwhile, Walt Disney had joined forces with his brother and produced the amiable Alice Comedies for MJ Winkler and Carl Laemmle’s Universal Pictures. The shorts were nice enough, but they didn’t set the world on fire and Walt Disney’s desire for perfection made them expensive to produce. By the mid 1920’s, Walt, Ms. Winkler and Carl Laemmle we’re ready to move on. Walt Disney chose his next big project- short cartoons featuring an all new character- Oswald the Lucky Rabbit. Oswald was a rambunctious Rabbit who often found himself in precarious situations that were of his own making. The Rabbit was a huge success, quickly becoming one of Universal’s biggest draws. An unfortunate reversal of fortune lay ahead, however. 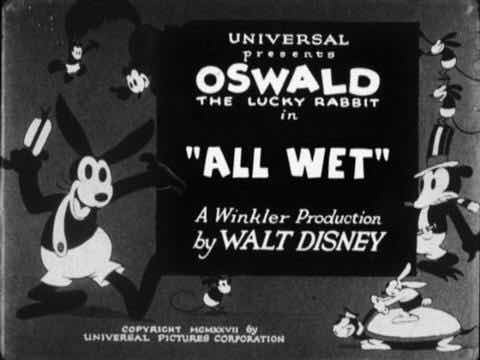 Universal and Charles Mintz, who had taken over his wife’s (Margaret Winkler) production company, had grown increasingly upset at Walt Disney’s high costs. They wanted to eliminate him as a middleman, so Walt was summoned to Winkler’s New York offices while Universal poached his animators in Los Angeles. Mintz offered Walt an ultimatum; make the films for half the price or say goodbye to his animators and character. Since Walt Disney had signed all rights over to Universal, he was powerless to stop it. He gave in and took a long train ride back out to California with his wife. By the time they arrived in Los Angeles, Walt Disney had a new character and a new outlook on life. 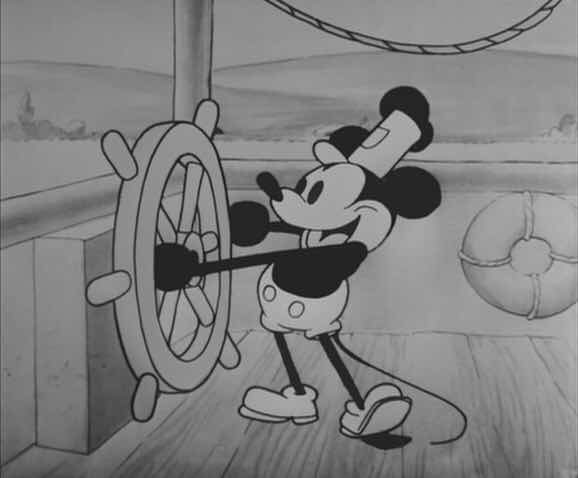 Mickey Mouse would be a sensation- 100x more popular than Oswald ever was- or ever would be. America and the world would fall in love with this spunky little mouse, providing Walt Disney with success beyond his wildest dreams. Even the Great Depression couldn’t dampen Mickey’s popularity. His can-do attitude and belief that there was always a great big beautiful tomorrow just a Dream Away made him irresistible to depression era audiences.
The 1920’s ended with Disney and Fox in dramatically different places than when the decade began. Walt Disney started out the decade livingvin obscurity and struggling to get something going. By 1929, he had nothing but blue skies ahead as Mickey Mouse conquered the world. William Fox, on the other hand, began the decade as a motion picture mogul on the rise and ended it a ruined man. How would the company he founded fare without him at the helm? How would it survive until the present day? The story continues tomorrow.