When Michael Eisner arrived at Walt Disney Productions in 1984, he wanted to send a signal to Hollywood that the stodgy, risk averse management that he was replacing was now being filled with younger, hipper rebels who would return the company to its risk taking younger days with Walt Disney at the helm. This surprised many people who saw Walt Disney as being quite traditional and far from a hip rebel. Eisner’s belief was true, however. Walt Disney had constantly pushed the envelope. The only difference was that by the 1980’s, the rest of the world had caught up with Mr. Disney and his company had done little to stay ahead. 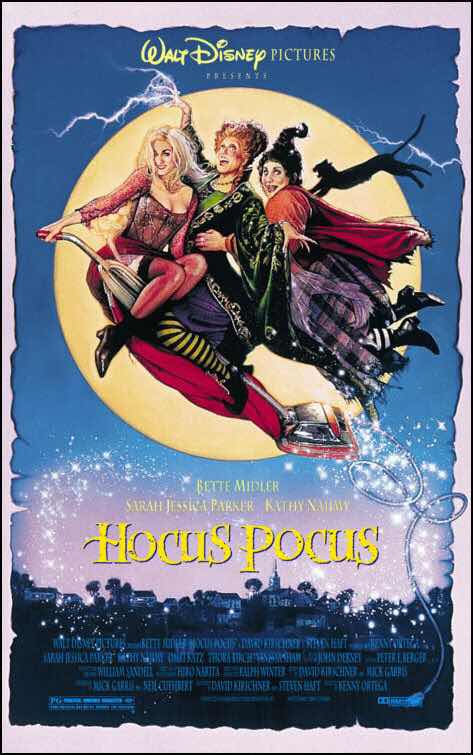 Mr. Eisner had therefore pushed the narrative that the company under his leadership was a leader in synergy and promotion. If you wanted to reach the family audience, you had to take your project to Disney. Which made the fates of two Halloween themed films in 1993 strange happenings indeed. How could the company of Michael Eisner get the promotion of two films so wrong? We covered one of the films last week- The Nightmare Before Christmas had been released under Disney’s adult film brand, then unceremoniously dumped into theaters. It would take several years and the hard work of its fans for the company to finally see the error of its ways. Hocus Pocus would need a similar dose of magic to get to the same point. 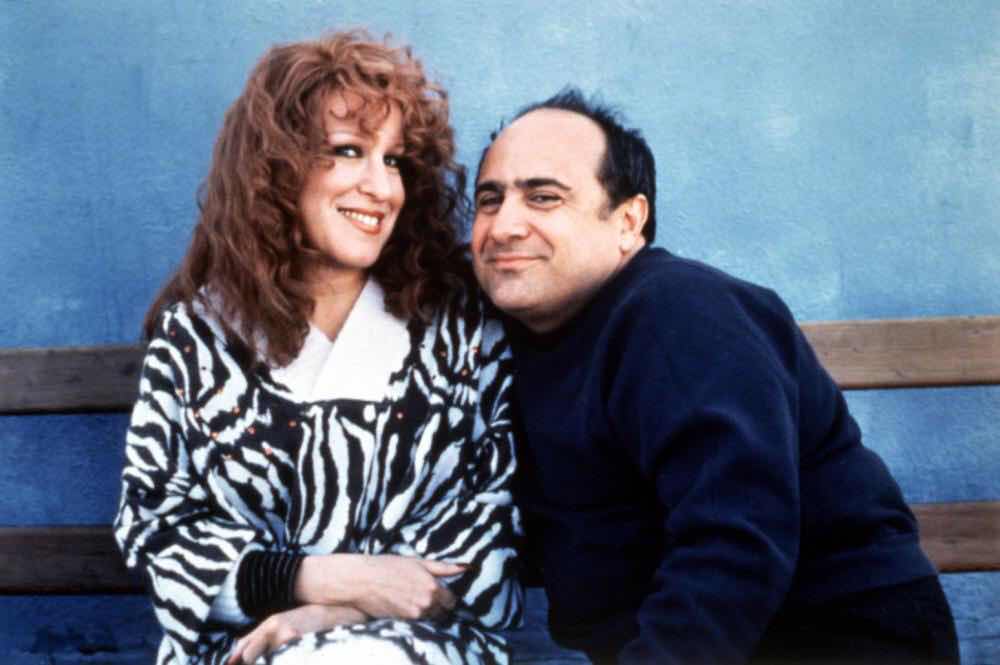 Bette Midler was in much the same situation as Walt Disney Productions in 1984. While Disney’s problems had been caused by the company’s unwillingness to take many risks or innovate, Bette’s downfall had come because of her notoriously bad attitude behind the scenes. Many in Hollywood refused to work with her. When Disney started up Touchstone Pictures, it wanted to signal to Hollywood that it was willing to make films with adult subject matter as long as the price was right. For Bette, this was a godsend. She quickly signed up with Touchstone, promising to behave herself if she was given the chance. The result were some of the most successful films of the 1980’s- Down and Out in Beverly Hills, Ruthless People and Beaches. As Bette’s star began to climb again, however, some old habits feared their ugly heads. 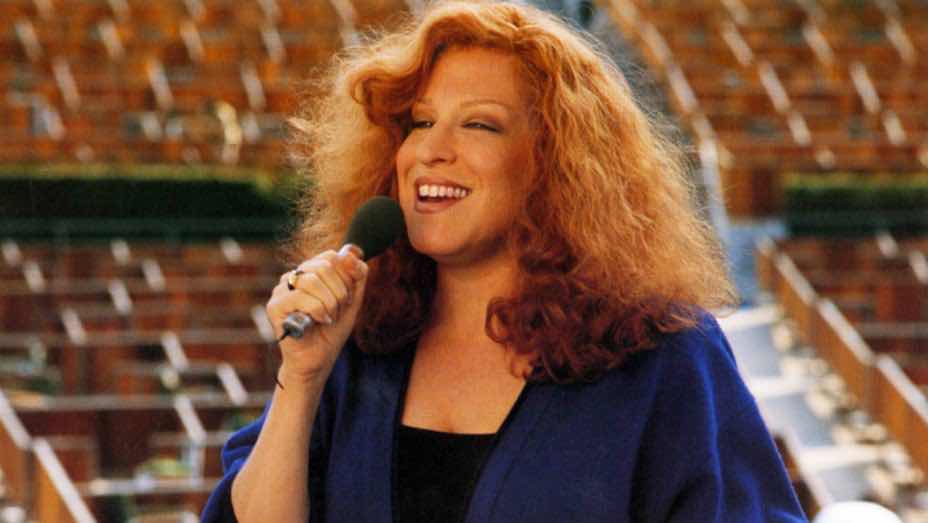 As Bette’s contract with Disney came to a close, the company was getting exceedingly less excited to work with her. Their misgivings about her came to a head when she unceremoniously left the film Sister Act, forcing the company to recast her at the last minute. Her replacement, Whoopi Goldberg, made the film a blockbuster hit. The film that Bette had made instead for another studio- For the Boys-  was a huge box office disappointment. Bette still owed one film to Disney, however, so they presented several projects to her, one of which was Hocus Pocus. 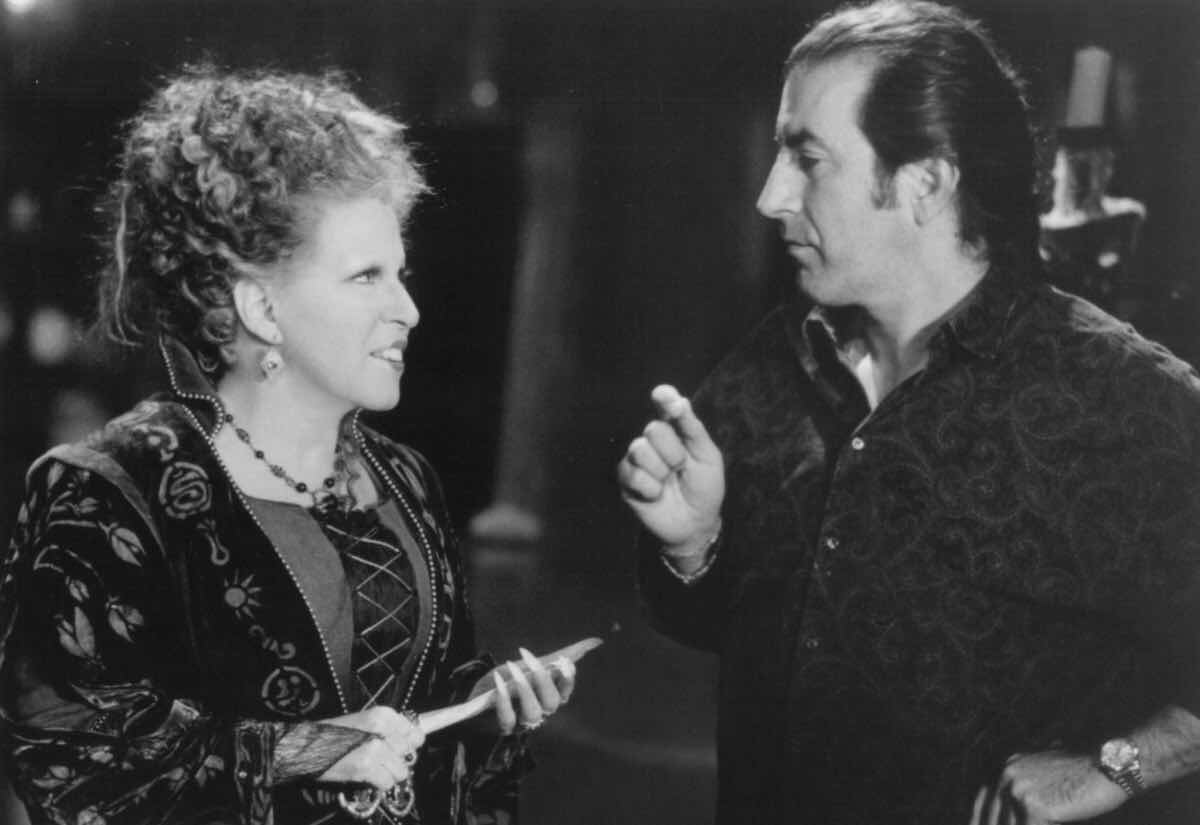 Hocus Pocus originally began life as a possible Disney Channel original film. The Disney Channel was transitioning from a premium channel into a basic channel and had begun ramping up its original film catalog. The script, however, was snagged by Walt Disney Pictures who thought it could make a big budget hit. Bette Midler, who was reportedly trying to salvage her reputation around town at the time, lept at the chance to take on the role. Kathy Najimy, who had originally taken her role in Sister Act to work alongside Bette Midler, jumped at the chance to finally work with her. 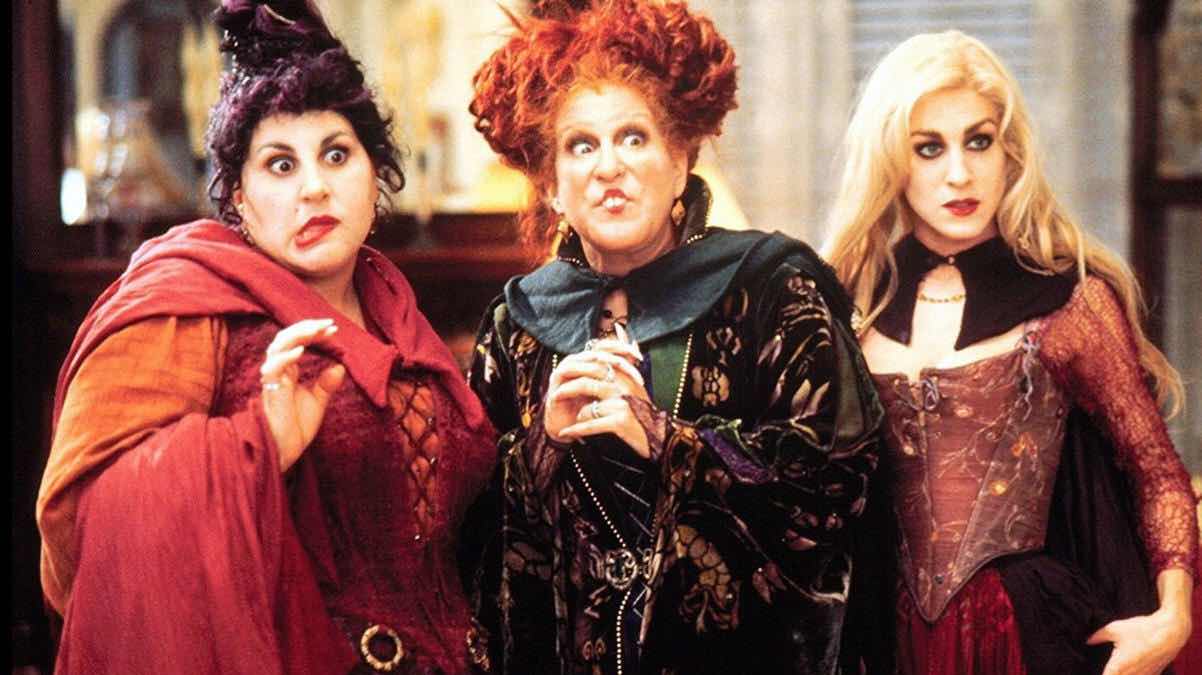 Sarah Jessica Parker was cast as the third Sanderson sister partly due to her singing abilities. She had also been cast in Touchstone’s Ed Wood, so it was an easy choice for the studio. With such a star studded cast, the film was sure to have easy success, right? Stay Tuned!