When Walt Disney began building his dream of DISNEYLAND, he didn't have a staff that had all of the skills needed to accomplish everything. A chance inquiry by a Mountain View, CA business named Arrow Development gave Walt just what he needed- an experienced contractor who could help translate his dreams into reality. 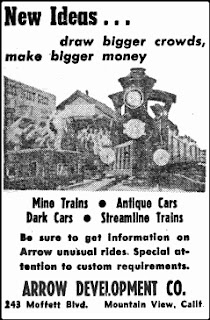 He instantly had them fabricate the Casey Junior Circus Train, which would bring the famed train from the film Dumbo to life. 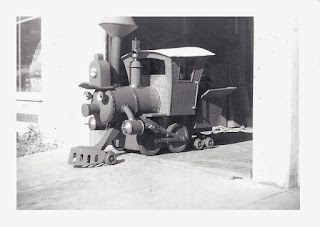 He also had them build the elaborate vehicles for the Fantasyland Dark Rides, making them beautiful at Mr. Disney's request. 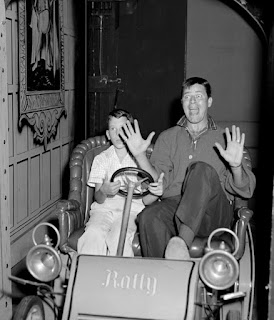 Other projects they worked on included Matterhorn Mountain and the ride system shown below that Walt Disney is excitedly testing out. Recognize it? 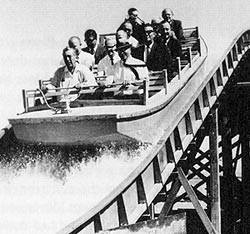 That's the prototype for the greatest theme park attraction ever built- DISNEYLAND's Pirates of the Caribbean. As millions of happy guests know, that's a working mockup of the first drop on the famed ride. A thrilling surprise that launches guests on their magical, adventurous journey.
Posted by Ralph at 12:30 AM