The Story of DISNEYLAND: Making the Impossible Possible

If there was one thing that Walt Disney didn't like from his staff, it was for his ideas to be dismissed with little consideration. If he asked for something that couldn't be done and was presented with logical reasons why it was  impossible, he readily accepted it. If the person dismissing his ideas did it out of hand, he often flew into a rage. That's why his imagineers thought it strange that he acted so calmly when his next big idea for a monorail, a Matterhorn mountain and a Submarine Voyage was quickly rejected by an outside architect. After he escorted the architect out, they assumed that he would give up on his idea. He didn't, of course. He made the impossible possible. 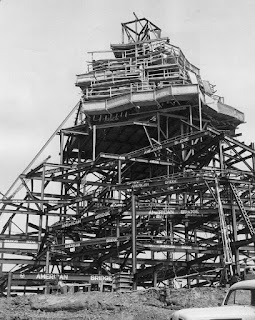 However, Mr. Disney wouldn't completely discount his staff if they could show him that his idea was technically impossible. For example, his idea of a roller coaster that would hurtle through space was not possible in the mid-1960's, despite all of the research that Imagineering had conducted. Walt Disney accepted this limitation and refused to build a cut down version of his idea. He would wait until technology caught up with his dreams. Space Mountain wouldn't open until 1977 at DISNEYLAND- a fully realized version of Walt's vision. (The Space Mountain built at Florida's Magic Kingdom was the cut down version Walt Disney had rejected.) 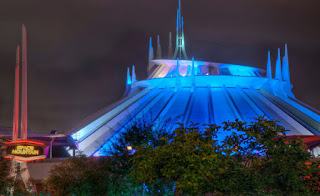 As DISNEYLAND zoomed into the 1960's, Walt Disney kept up his tried and true method of entrusting projects to people who didn't think they could accomplish them, using smaller projects to build up to major ones. His dreams for DISNEYLAND were huge and he was on the verge of making them all come true.