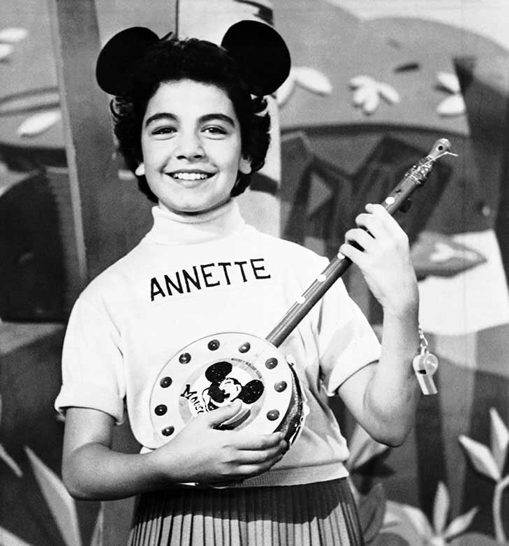 Annette Funicello needs no introduction; the spunky dynamo was plucked from obscurity by Walt Disney and quickly became the star of The Mickey Mouse Club. Born in New Jersey, Ms. Funicello' family moved out west in search of greener pastures. Unlike other child stars with similar stories, Annette wasn't being groomed for stardom. In fact, Annette hadn't even auditioned for The Mickey Mouse Club. She was performing at a school recital when she caught the eye of Walt Disney, who had been looking for Mouseketeers. While her parents had been skeptical at first, they were soon persuaded by Mr. Disney and Annette soon became a super star.
Posted by Retlaw Yensid at 7:11 AM