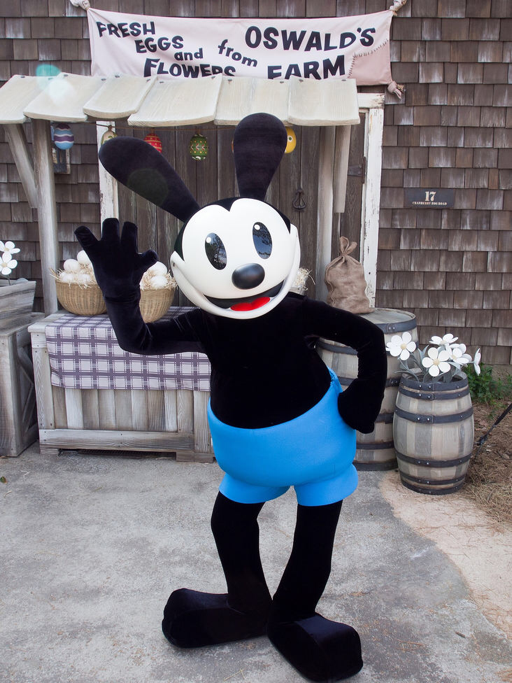 When Disney CEO Bob Iger approached NBC Universal about making a deal to trade Oswald for a sports commentator, NBC figured it was a no-brainer. They'd never even heard about Oswald's theft from Walt Disney back in 1927. Unfortunately for them, they never consulted Universal Studios Japan before deciding to make a deal. Oswald was a huge draw for them, selling millions of dollars of merchandise and entertaining thousands of guests every day. Oswald's loss was huge. Tokyo DISNEYLAND was thrilled to get back such a huge character.
Posted by Ralph at 7:24 AM