Guests entering Fantasyland until the 1980's would see an exciting ship in the distance- the Chicken of the Sea Pirate Ship. 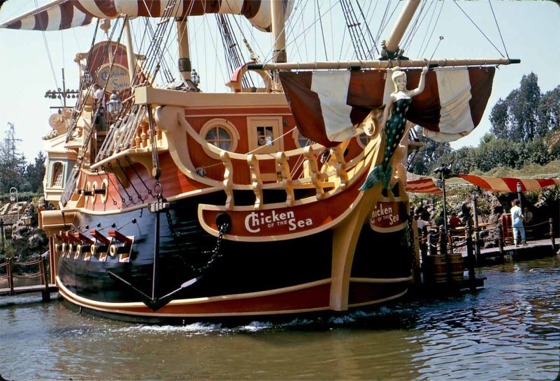 The amazing ship was permanently docked in place, offering a fun play area to explore on top and offering tuna fish sandwiches from a restaurant located below decks. 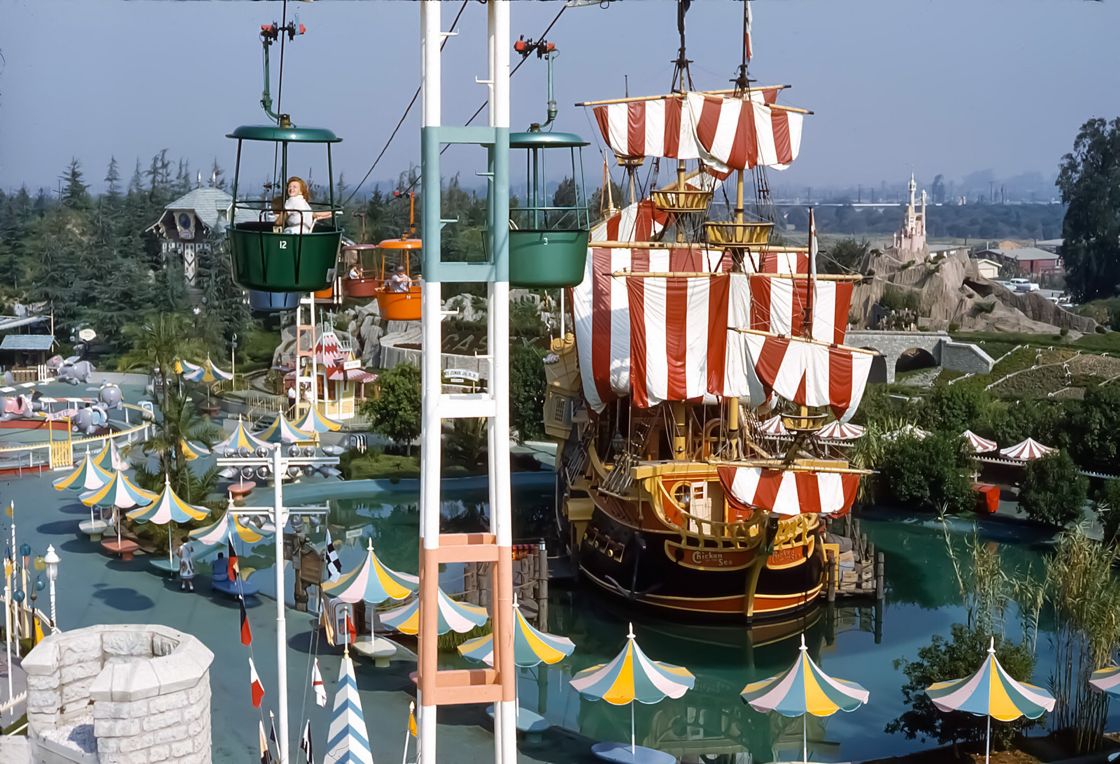 The ship had a sad end as part of the Fantasyland renovation of the early 1980's. The park decided to remodel Fantasyland so that it reflected Walt's original vision for the area and had less traffic congestion. The original plan was to move the ship to a lagoon that would be built near it's a small world and move Dumbo in its place.
Unfortunately, project managers made a bad assumption- that the structure was a ship that had been permanently moored to the dock. Instead, it was a building with a foundation that had been built to resemble a ship. When an attempt was made to lift the boat with a crane, it became damaged and was unusable. The decision was made to open Fantasyland on time and build a new pirate ship in the future. As anyone who has visited DISNEYLAND in the last thirty years knows, however, those plans never came to fruition.
Posted by Ralph at 7:26 AM