Echoes of DISNEYLAND was the thirteenth release from DISNEYLAND Records. It was one of the rare releases that was actually recorded inside the Magic Kingdom. 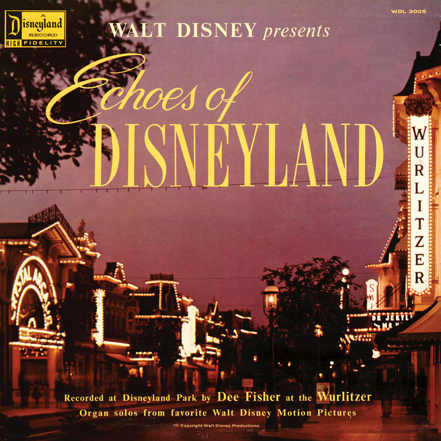 When DISNEYLAND first opened, one of the first shops guests would encounter on their visit to the park was the Wurlitzer Music Shop. Located in the spot currently filled by the Disney Showcase, the shop sold sheet music and provided information about Wurlitzer Organs. The manager of the shop was Dee Fisher, who often demonstrated the merchandise by playing Disney music on them. 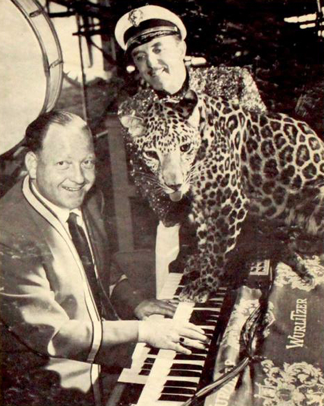 Mr. Fisher's evening performances became a tradition in the park, catching the ear of Walt Disney. Walt commissioned an entire album of Dee's music, figuring it would be a highly sought after souvenir. It certainly was.
Posted by Ralph at 7:32 AM