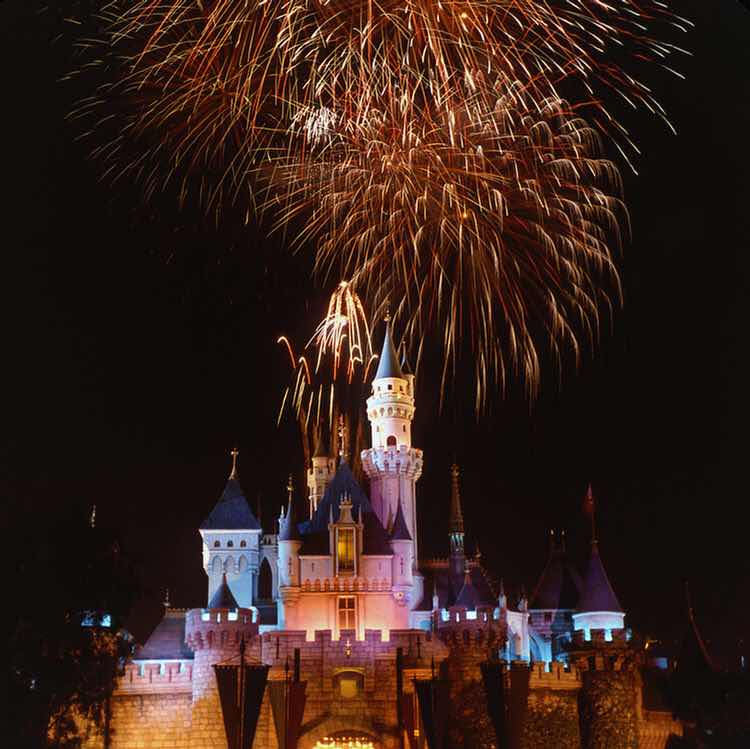 Once DISNEYLAND became a success, Walt Disney sought out ways to improve his Magic Kingdom. He quickly realized that the more cash he could bring in, the more improvements he could make. Unfortunately, much of the acreage surrounding DISNEYLAND had been snapped up by outsiders who were making money off of the park. Walt Disney discovered that a way to quickly capture more money for the Park was to get guests to stay in the park longer.
A tradition was beginning in which Southern California locals would spend the morning and afternoon in the park, then leave around 5PM or so and have dinner on the way home, most of the time at Knott’s Berry Farm’s famed chicken dinner restaurant. At first, DISNEYLAND tried its own hand at fried chicken dinners, served in Frontierland. That wasn’t too successful at keeping people in the park longer, so DISNEYLAND decided to beef up its nighttime entertainment offerings. Live music was offered on various stages throughout the park, including on the Mark Twain, on Main Street at Carnation Gardens and in Tomorrowland.

Name talent on the Mark Twain, including Louis Armstrong and Monette Moore, who had retired to Anaheim. 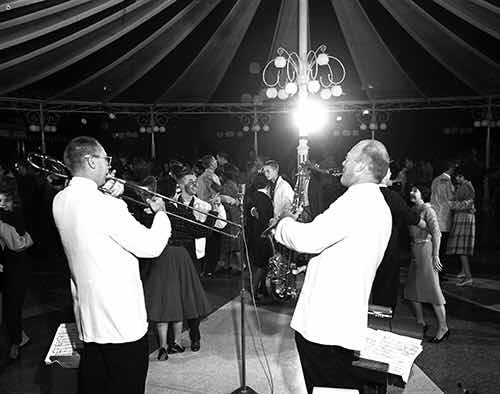 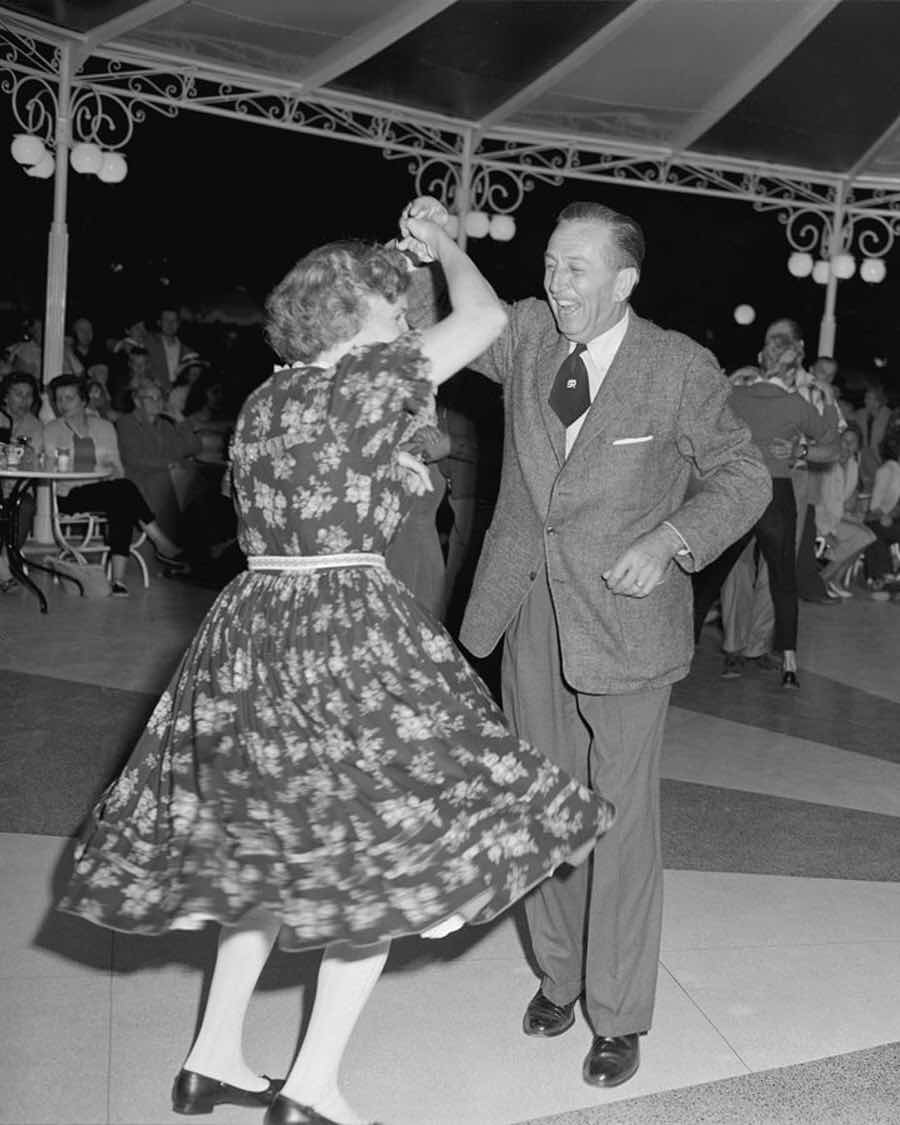 Even Walt Disney got in on the fun.
Special events were held, such as Date Nite at DISNEYLAND and Dixieland at DISNEYLAND. These events brought in thousands of guests who stayed until past 1AM. 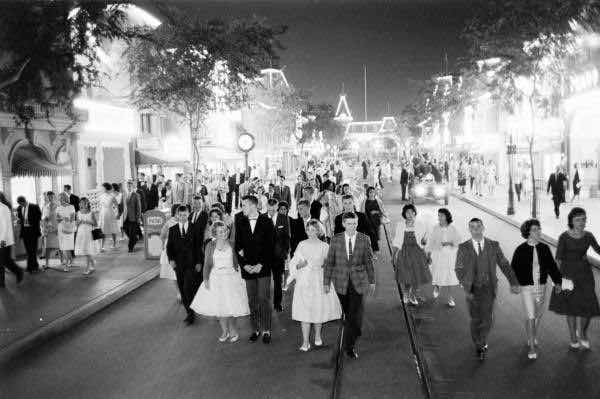