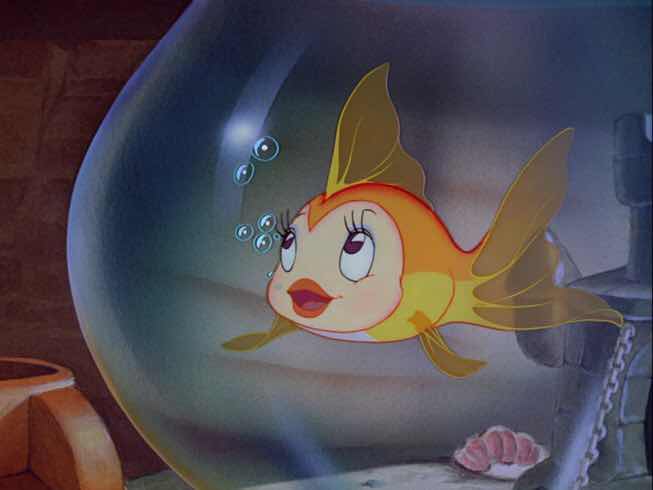 One of the rare Disney characters who doesn’t speak or even make much noise is Cleo, kindly Geppetto’s Beautiful goldfish, who he introduces to Pinocchio as his “water baby”. Cleo is always aware of her surroundings and participates in the highs and lows of the film in her own way. 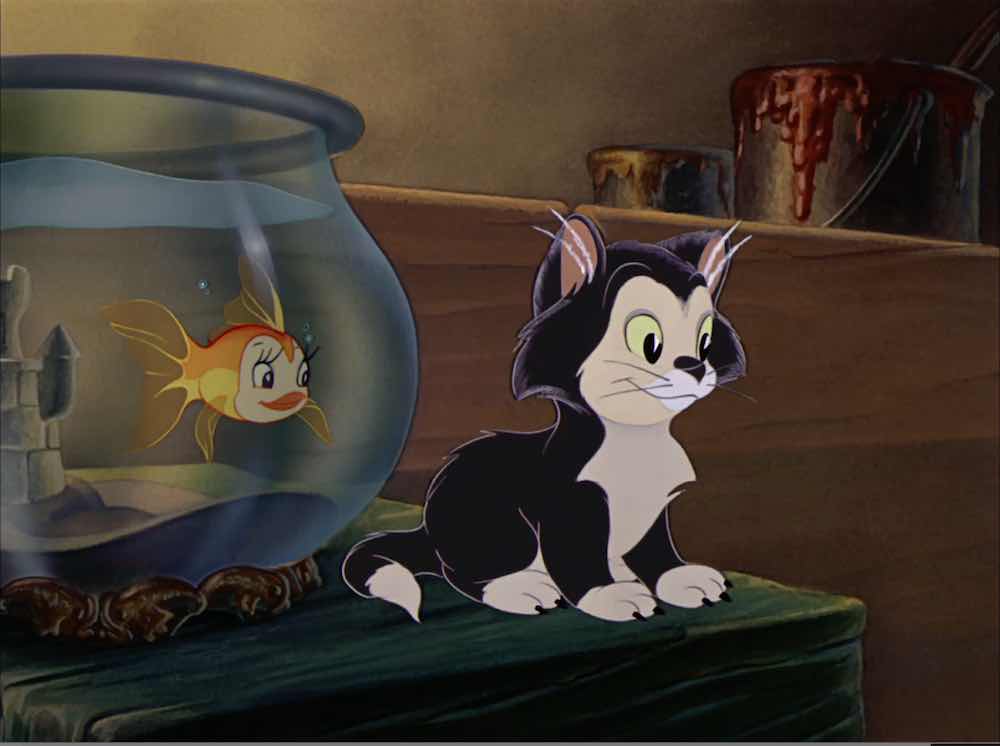 Despite having a “brother” who would most likely be a natural predator, Cleo’s quiet charm and loving personality warms even Figaro’s heart. At one point, he leaps into Cleo’s bowl- not to devour her, but to plant a huge kiss on her lips. Cleo has apparently charmed her way into even Figaro’s heart. While Figaro would go on to star in his own cartoon series as a cat owned by Minnie Mouse, Cleo would make few appearances outside of Pinocchio.
Posted by Webmaster at 7:15 AM