Walt Disney had always felt a personal connection to his “son”, Mickey Mouse. When Mickey started to get overshadowed by Donald Duck, Walt Disney tried quite a few things to divert attention back to Mickey, like casting him in the feature length film Fantasia. In 1953, Walt Disney was made aware that Mickey Mouse’s 25th birthday would take place that year. He decided that for the first time, the company would officially celebrate the occasion and commissioned Disney artist John Hench to create an official 25th birthday portrait. The portrait would be placed in Walt Disney’s formal office, which was replicated for the DISNEYLAND television show. 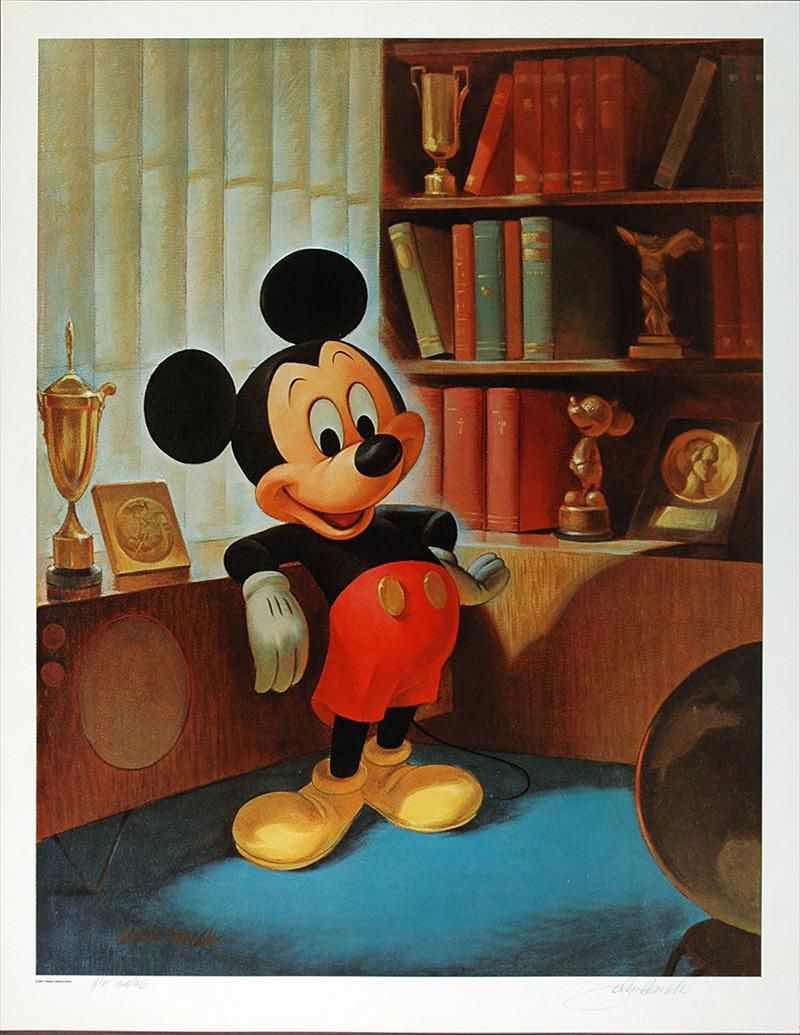 The tradition would be continued on Mickey’s 50th birthday in 1978 and on subsequent anniversaries including his 90th birthday this year. 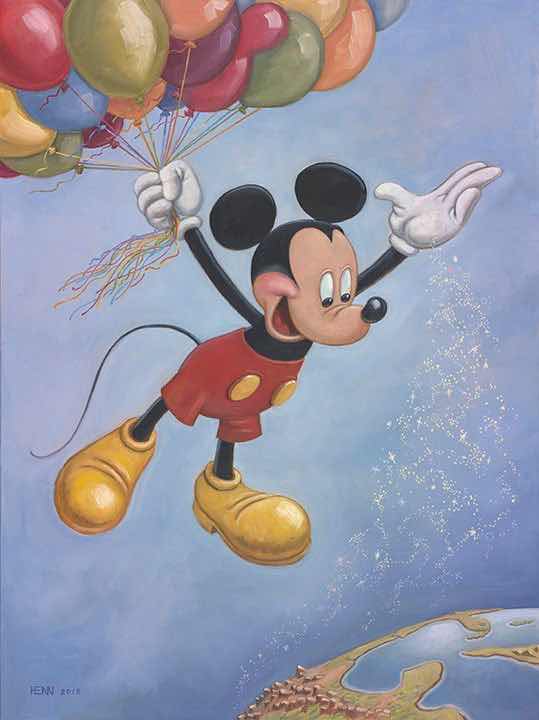 The portrait depicts Mickey Mouse still spreading magic everywhere he goes; a friendly face in an increasingly unfriendly world. One of the biggest and best character traits handed down from Mr. Disney to Mickey Mouse was his endless optimism and belief that a great big beautiful tomorrow lay ahead.