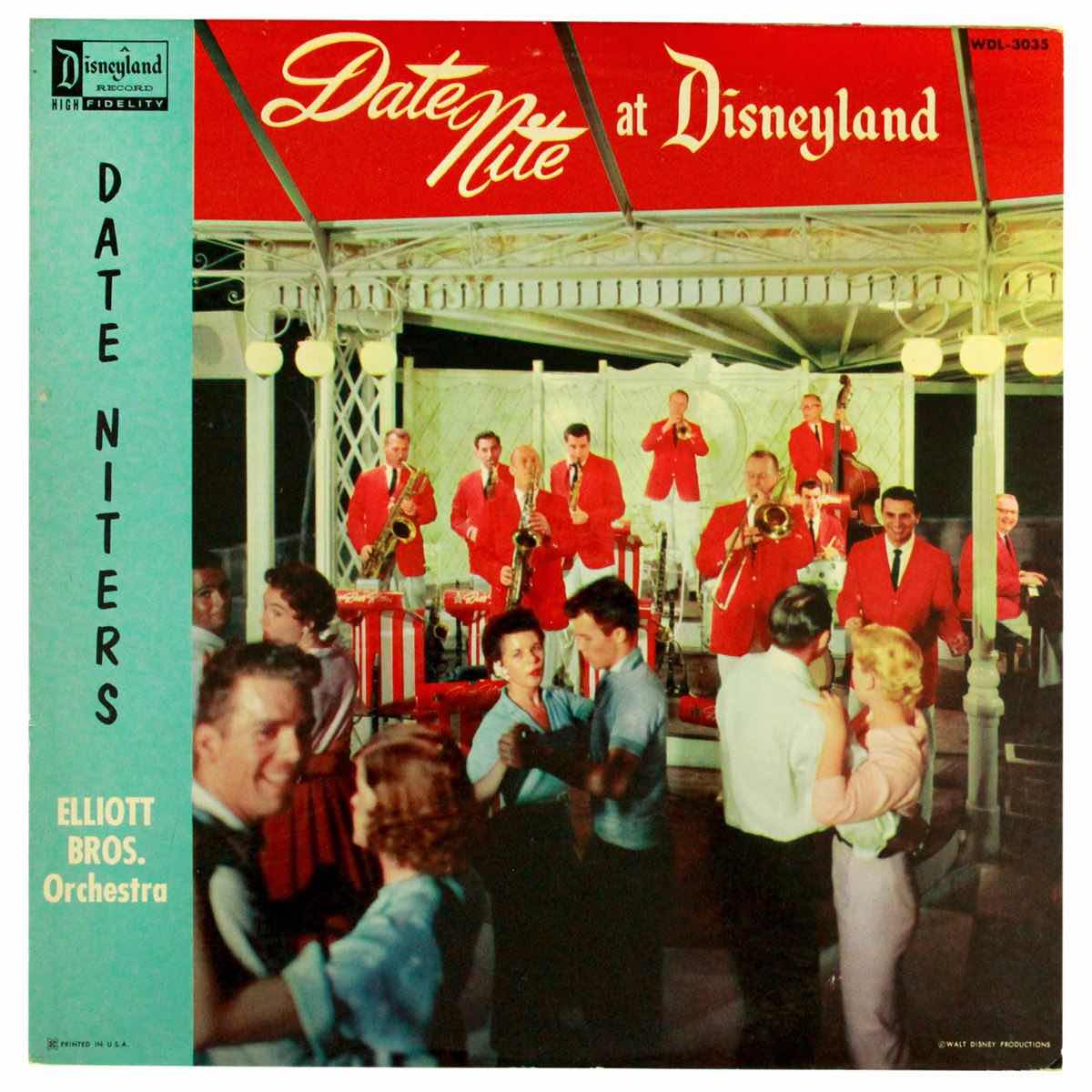 Walt Disney knew that DISNEYLAND would have to offer its guests something new and exciting to keep them coming back year after year. This would include innovative attractions, amazing parades and live entertainment. DISNEYLAND’s proximity to Hollywood and its founder’s commitment to quality meant that it would feature higher quality entertainment than one might expect. So when DISNEYLAND decided to host “Date Nites” in the park it hired Hollywood musicians and commissioned a special song that would kick off every performance at DISNEYLAND’s Carnation Gardens- Date Nite at DISNEYLAND. The song would also be used in radio commercials promoting the great time that awaited DISNEYLAND guests. 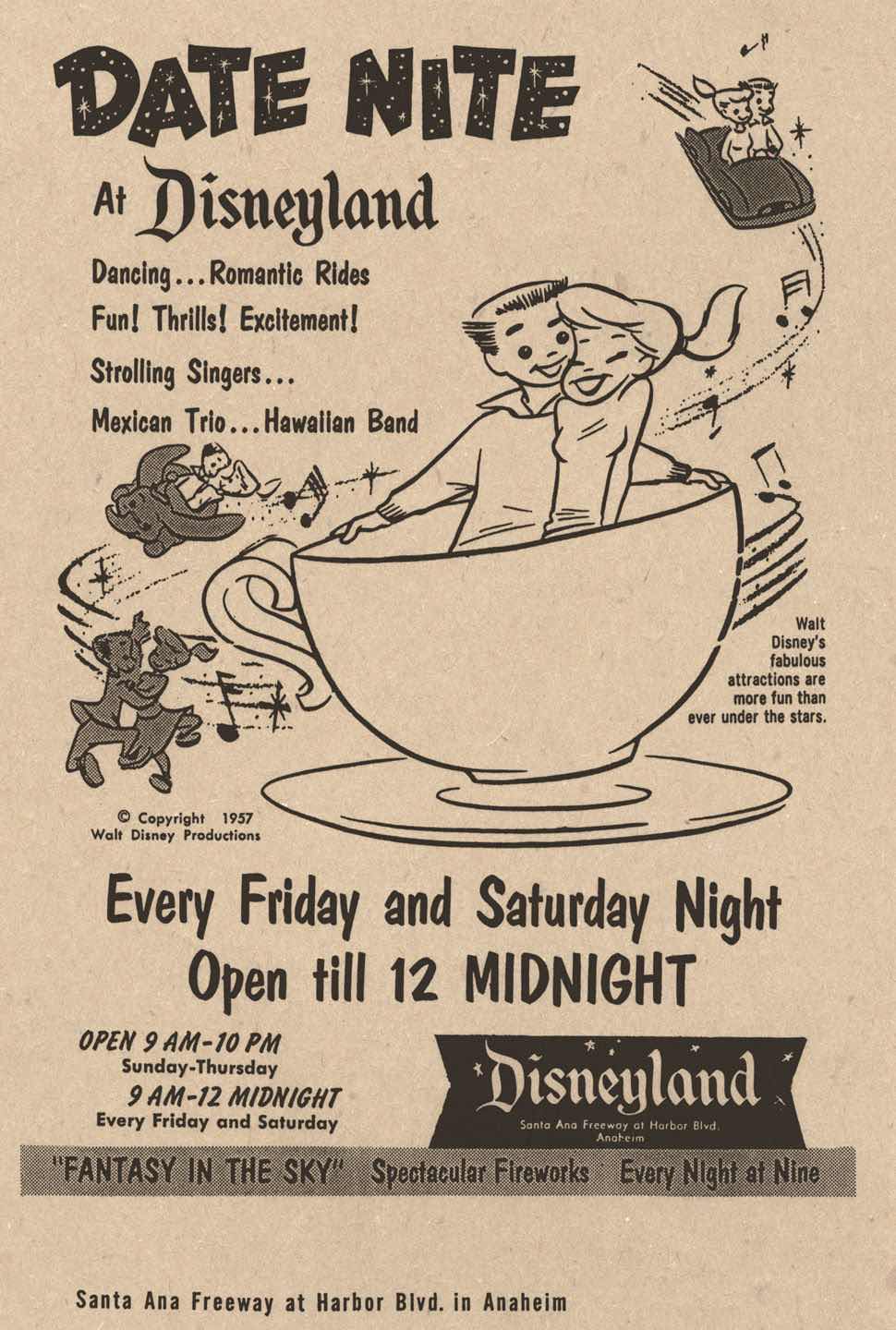