One of the rarest types of pictures from DISNEYLAND in the 1950’s and 60’s is of interiors. Since each photo had a cost involved, both in film use and developing, many tourists chose to only take exterior pictures that were assured to come out correctly. Interior pictures might not develop correctly, so most people wouldn’t take the risk. (After all, in those days they most likely wouldn’t know if the picture came out until after they were back home.) So what did the loading areas for the Fantasyland dark rides look like? Below, we see the boarding area for Snow White’s Scary Adventures. 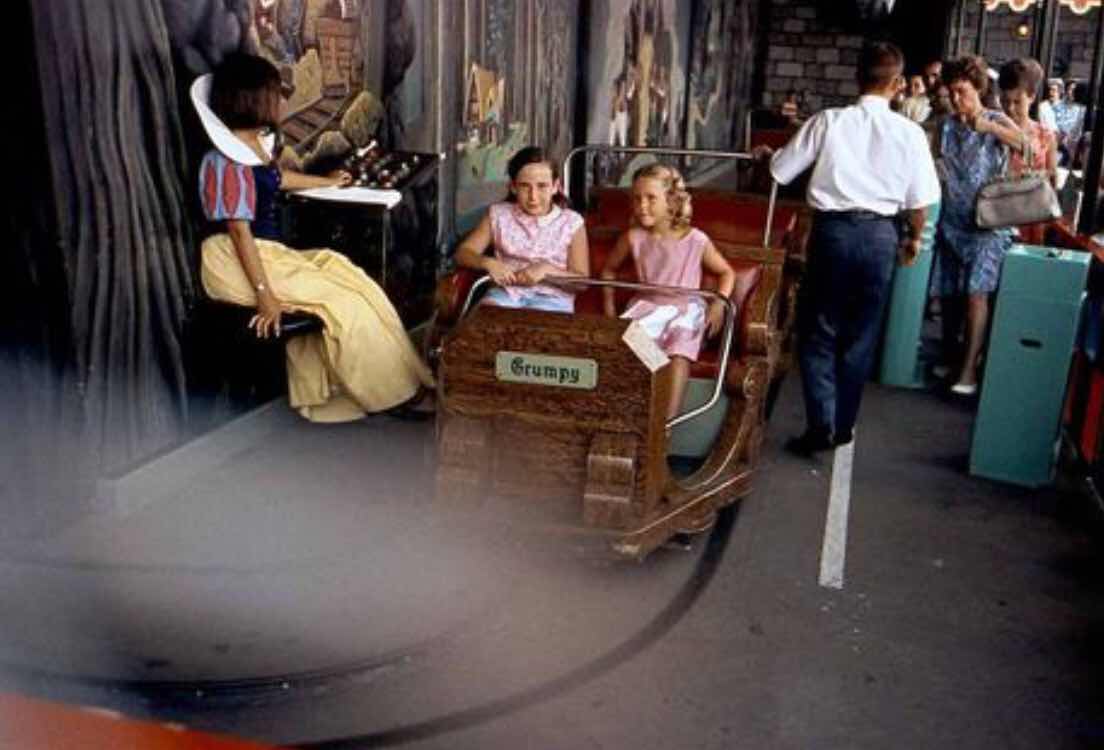 Apparently, the women who operated the attraction dressed like Snow White. As you can also see, there were less safety gates at the time and it looks like the male ride operators wore shirts and ties. In order to save money, the attractions had less theming that consisted of painted scenes from the film. In 1982, Walt Disney’s original Fantasyland plans were built out, with more elaborate loading areas and European village theming added.

Did you know that The Walt Disney Company used to have its own country music label? Lyric Street Records was setup in 1997 as a division of...